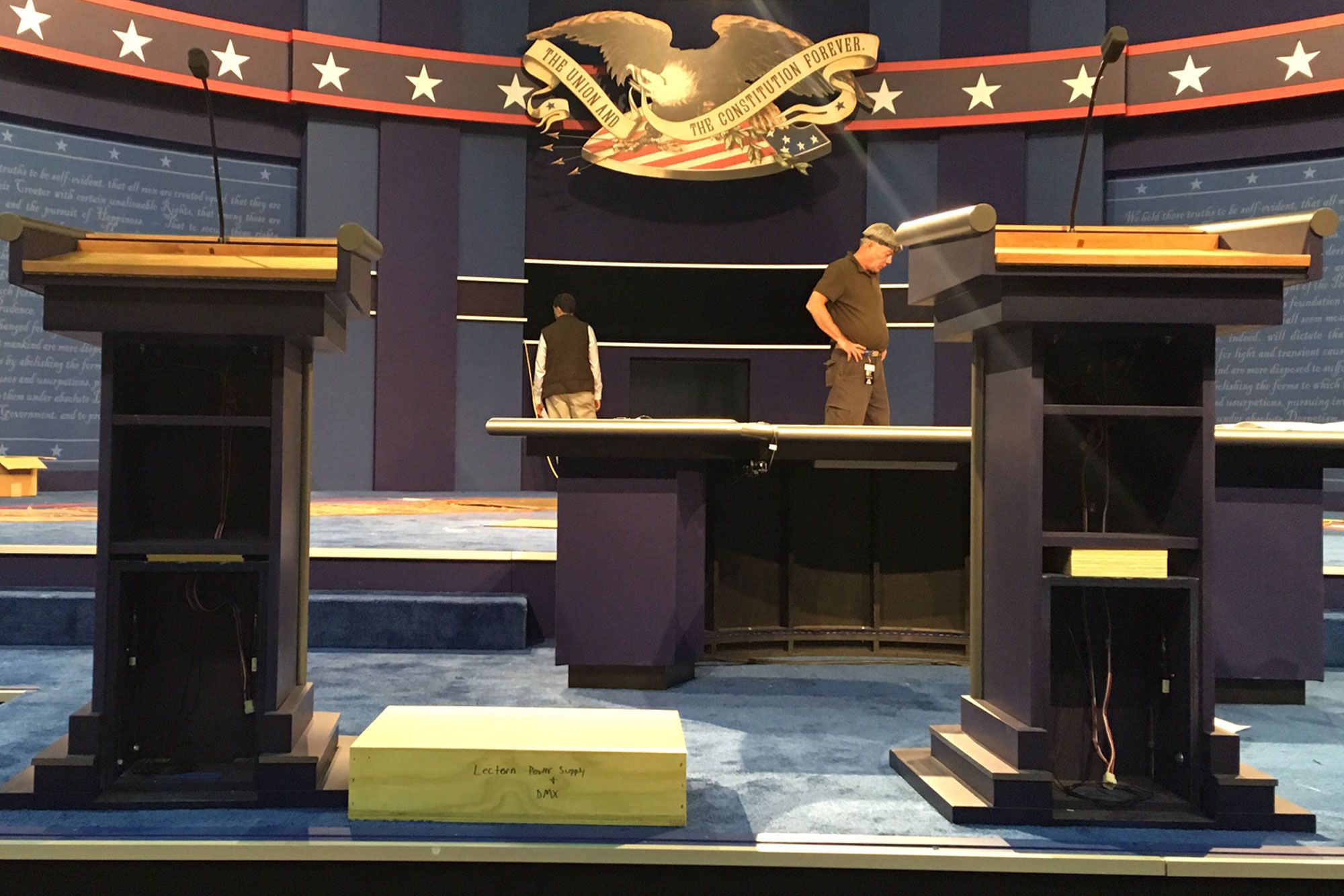 This essay is a transcript of a debate between myself and Jeff McDonough, a school counselor at Chehalem Valley Middle School in Newberg, Oregon. I am showcasing a debate where McDonough provided a rebuttal of my first essay, Meet Tai Harden-Moore, the Racist Consultant Employed by Newberg, Oregon City Council At the Heart of the Controversy in Town.

Here is the proof from his Facebook page profile that he is in fact a city employee who works at the school as a counselor.

As he is a public employee, McDonough works for the city and is an educator of children, and because it is that what information is being taught to children in the schools is at the heart of the conflict in town over the removal of anti-racism / CRT and divisive and exclusionary political symbols such as the Black Lives Matter flag, Antifa and pride flags from the schools, everything here is not harassment; it is a reporting of a topic of public interest. I have documented his profile only to prove that McDonough is who I have said he is.

I am showcasing this debate on the blog, for the same reasons I have showcased the one I had with Erin McCarthy and the one with Tai Harden-Moore; because I believe this exchange has value for the community to read as the arguments you have made and my responses to it are central to the ideological conflict in our community at present. The goal is not to embarrass you, Showcasing the contest of ideas as a dialogue between people is an ancient and useful method of teaching logic.

What follows is a transcript as best I can reconstruct from screenshots of the debate between McDonough and myself, which took place in Yamhill County News and Discussion Group on Facebook,

Thus concludes the debate at present. If there is further rebuttal to my statements by McDonough then I will update this article.

I want to finish this post by sharing my personal belief that I strongly believe our public education system is in dire need of reform, as the contents of this debate is related to this topic.

I believe that our current school curriculum has drifted far away from teaching the vital and necessary instruction that allows a child to grow up to become a person who can participate in our republic as a citizen, and make good choices at the ballot box. The Common Humanity approach preached the values of Republicanism (not to be confused with the Republican political party); that is, to stress liberty and inalienable individual rights as central values; recognizes the sovereignty of the people as the source of all authority in law; rejects monarchy, aristocracy, hereditary and other tyrannical political power; expects citizens to be virtuous and faithful in their performance of civic duties; and vilifies corruption. Republicanism relies upon a republican system of government, where the people elect officials to key government positions based on the ideas that the officials advocate for. This requires citizens to analyze the views of the candidates to determine their social worth and value, and to hold these candidates accountable for their delivery on the promises they make.

Republicanism is not possible to teach unless you also teach logic and rhetoric. It relies heavily on logic and rhetoric to determine which choices stress liberty and to determine what inalienable individual rights are, and if they have been violated. Thus, the utility of our democracy to serve the interests of the people relies heavily on the people’s ability to employ logic and engage in civil debate on these topics, which is what the art of rhetoric is for.

While it is acceptable to teach children the attributes of other kinds of government so they may understand them, the fact is that we live in a republic. We must therefore teach the values of republicanism to our children. Thus, they must also learn logic and the art of rhetoric, too. This unfortunately is not done well anymore by our school systems, as Relativism is being taught in its place as the primary way to formulate opinions and investigate truth. I believe this is one of the main reasons why we have so much conflict right now, as large groups of people are being taught to reject logic and instead use personal and incredibly subjective insights to judge the actions of other people, to analyze our country and its mechanisms, and to refute the opinions of other people. Then when you couple in our other social problems, such as poverty and crime, self-affirming beliefs that dismiss the validity of logic so that a person may justify any action the person wishes to take promotes the worst of human behaviors in that individual.

The violence in nearby Portland on a daily basis between the clashing of politically extreme groups, who are all employing motivated reasoning to justify their actions, is an extreme example of what happens when groups of Americans do not use logic to investigate truth and refuse to participate in civil debate to determine truth using logic. It is an example of what happens when Relativism is chosen over Objectivism. I am concerned the violence of Portland may appear here in Newberg, too, if our community makes the same mistake of rejecting the shared values of our country in the way that Portland has. It’s schools, both public, private and at the university level, endorsed Critical Race Theory and Common Enemy frameworks. They endorsed Relativism. Now look at the problems in Portland and what this rejection of Common Humanity and Objectivism led to. Large angry mobs of citizens in the streets, forming autonomous zones, fighting and killing their neighbors. Do you wish that to be what Newberg becomes?

Logic allows for a universally acceptable truth to be arrived at because it has consistent rules for how to investigate truth. Relativism does not possess this attribute, which is why when it it used to formulate a claim it tends to result in easily disprovable claims. Lacking the tools of logic to form a good argument, they become angry and resentful of others who disprove their claims, declare them to be evil and then use that assessment to justify any action they wish to employ against that person. Thus, violence can become viewed as an acceptable method of asserting will.

We must return to teaching the Common Humanity approach that taught children to not judge a person based on factors such as ethnicity, gender and sexual orientation and to instead judge a person by the conduct of their character. Likewise, they must be taught logic and become versed in the art rhetoric so they not only formulate beliefs that accurately reflect reality, but also do not fall so easily to arguments based on fallacious reasoning, such as those which commonly appear in news articles today as propaganda instead of actual objective news and which people then regurgitate in their daily lives, and form political campaigns and actions motivated by the easily disprovable claims that appears in the propaganda.

Essentially, my argument here is that if you wish for people to reject “fake news” and to not be so easily misled, they must be trained in logic and rhetoric. We should be teaching this to children in the schools, and I think it is obvious we are not if teachers do not use these things when deciding what moral principles to champion for in political action. While McDonough’s views can only be representative of himself, I think there is ample evidence that our education system is failing to teach these principles because so many individuals such as McDonough repeatedly make so many common mistakes in reasonable debate — not just in Newberg, but in the rest of the country. As this is a widespread phenomenon where many Americans cannot employ logic when formulating their arguments, it is not an isolated incident. It is a matter of national attention, and a failure of our public education system.

Let’s start the reform of our public education system by restoring Common Humanity principles to our school system and reject the fallacious and divisive rhetoric championed by Erin McCarthy and Tai Harden-Moore, who are presently completely unable to articulate their ideas without insulting other people and dismissing their views based on prejudicial views of ethnicity and gender. This is not because of a lack of intellectual capacity, but because the framework they use to validate ideas rejects logic.

You may contact me via my Facebook profile page if you would like to work together on the recall efforts for our city government to restore the Common Humanity approach to our school system.

A transcript of McDonough’s reply he posted today, and my response.