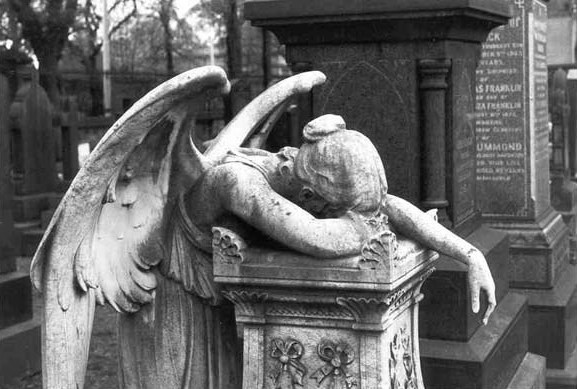 The Feminist Schizophrenic Who Society Did Fail

I’ve made a few prior blog posts that might give people the idea I don’t like women. This is simply not the case; I just regard myself as immune to the kind of identity politics that obstructs people from looking at a situation clearly.

There are indeed problems facing women in our culture. I’d like to talk about one such individual whom our society has failed, but not for the reasons that radfems usually give.

For the past few hours I have been listening to the video blogs of Lena Kochman. Initially I discovered her after seeing a viral video of a woman claiming a post man was stalking her and was curious what the context might be. Normally these things tend to lead to news articles of police arrests, but instead I discover she is essentially a homeless lady who is schizophrenic and has latched onto radical third wave feminism ideologies to fuel her mania. She uses the YouTube video capture function on her phone to take constant mini vblogs of all kinds of things she comes across in daily life — primarily sign advertisements like billboards — which she thinks are messages from “the Conglomerate”, which is like the feminist version of the Illuminati, apparently, which is trying to ruin her life with constant harassment she designates as some kind of patriarchal conspiracy.

Mostly she takes short videos of random signage that she believes are personally aimed at her and has interpreted as ridicule. To be fair if not for some of these videos I would not be able to piece together her issues, as she often uses these signs as an opportunity to rant about her past and present.

Everywhere she looks she sees crimes against women, if not specifically against herself. Whether men cough, walk past her or simply stand near her while working; all of these acts are unwanted harassment in her mind. She thinks those little triangle flags that construction companies put down are territorial signs of male dominance. A lot of her videos are captures of the license plates of cars outside the women’s shelters she stays at; cars supposedly belonging to the men that are part of this mysterious Conglomerate that dominates her ramblings. She is also greatly disturbed by the presence of caution cones and is absolutely convinced every random service vehicle she sees is stalking her.

She used to have a WordPress blog. At some point she started believing Google was censoring her articles because they did not appear on the first page of search engine results for certain keywords. So she started blogging about this. She then started posting titles to articles that WordPress’ filters assumed were spam because they looked very similar to poorly created keyword stuffing — the kind that crappy bots create. So her WordPress site was shut down. Instead of understanding what had happened, she instead assumed The Conglomerate was harassing her.

Watching her entire collection is problematic; she frequently abandons YouTube channels and creates new ones when she thinks the aforementioned agency is watching her videos. Strangely her videos do not seem to actually have any comments on them — I assumed that some of her mania might be worsened by harassment from online trolls but unless she is deleting the comments on old accounts she has abandoned, nobody seems to be paying much attention to her.

As much as it is tragic, it is also interesting to watch these videos. Although I have interacted with schizophrenic people I have never seen such a personal glimpse into the everyday life like this. I mean, it’s a purely unadulterated view at how she sees the world. While she is pointing her camera at a hospital ad that features a baby and ranting about how this ad is a personal message directed at her, I am looking precisely from her viewpoint through the camera. I can pause the frame and carefully examine every inch of the ad and try to figure out precisely what the hell she is talking about, and completely fail because the workings of her mind is foreign to me. No amount of conceptual thinking assists me in understanding her thought patterns. This is rare.

In some video blogs she shows copies of her college homework (don’t ask me how she managed to get into college when she is so obviously unable to function in society — it ought to be a crime for colleges and student loan companies to take advantage of someone so schizophrenic) and I can see that her mania does not inhibit her ability to learn. She can show her work in algebra by writing out the formulas. She can write in Spanish. Her English essays are free of the kind of grammatical errors I typically make in my own prose. The thought occurs to me that if not for her mania, she could otherwise be a very intelligent woman. It at least tells me that her schizophrenia onset is probably new to her life — some of her video blogs feature letters from college admins informing her of disciplinary actions for her disruptions in class, so I cannot imagine her mania was present while she was in grade or high school. That makes her story all the more tragic.

What is most startling is some of her college essays read exactly like the kind of radical feminist manifestos that has become popular on college campuses in recent years, lending some anecdotal weight to my personal belief that many of the people who adopt these kinds of radical ideologies are suffering from some kind of disorder.

The videos from just a few years ago show a girl attractive enough for her age; her newest videos betray the impact of an untreated mania lifestyle.

In 2011 she was in the Vermont State Hospital for treatment; according to one of her posts she was released after only six months. This was obviously a mistake.

As I watch these videos I recall Lena Kochman is just one of the 1.5 million homeless Americans roaming our streets, many of them suffering from manias like she is. They don’t get the treatment they need, and without it their mania makes it impossible for them to function in our society. Instead they wander the streets from shelter to shelter, receiving free food, clothing and (obviously) smartphones with internet access that keeps them surviving but they do so while continuously angry and afraid.

I watch her and I know she will die in a gutter somewhere and it will not be a pleasant death. I know this because she frequently says she doesn’t want to keep living the way she is. She roams the streets, imagining that every passing car is a stalker. She is constantly afraid for no reason. Sometimes she lashes out at people, accusing them of stalking her. This will never end well for her. It’s just a matter of time until she confronts someone who seriously hurts her, or she hurts herself. There will be no dignity in the way her life ends.

In her latest videos it seems she is enrolled in the Pine Street Inn homeless program where she has been given an apartment to stay in rent free.  I know this because she has talked about the program in some videos, and I was able to piece the details together. It is a noble effort but it’s clearly not a sustainable solution for someone so incredibly dysfunctional. Without treatment she will never be able to hold down a job or contribute to society in any meaningful way beyond showcasing the painful life of a paranoid schizophrenic through her videos.

I hate to suggest we should bring the asylums back, but it’s pretty goddamn obvious that what we’re currently doing is not working. The shelters are not equipped to handle schizophrenics, nor are the colleges. Only mental health professionals can assist people such as Lena Kochman through a cocktail of anti-psychotics and therapy.

As I have no other way of trying to help her, I try to reach by commenting on her latest video.

She replies back, and so do I;

The effort is in vain though;

My words of encouragement fail to convince her. She will simply delete my messages, as she has others. If anything they likely embolden her behavior. Giving attention to a paranoid schizophrenic without the ability to remove them from their current predicament is often a wasted effort. This is the reality of psychosis; once reality has become distorted, any rational arguments can no longer reach you. I know this, and yet tried anyway.

I’m not the only one who has tried to reach out to her. It’s human to want to help such a lost soul. Yet there is no way to help such a person through the internet. She, and other homeless maniacs like her need treatment that only hospitals can provide. There’s no solace to find anywhere else, be it reddit, YouTube or WordPress.

I think our country needs serious mental health reform. There’s absolutely no good reason why someone such as Lena Kochman should be in a homeless program and enrolled at a community college where she is taking on debt, instead of receiving treatment at a psychiatric hospital inpatient program. Her life serves as clear evidence that there is failure at multiple levels in our society (the city and federal government, her college, and the prior hospitals she was enrolled in) and that we can do better.