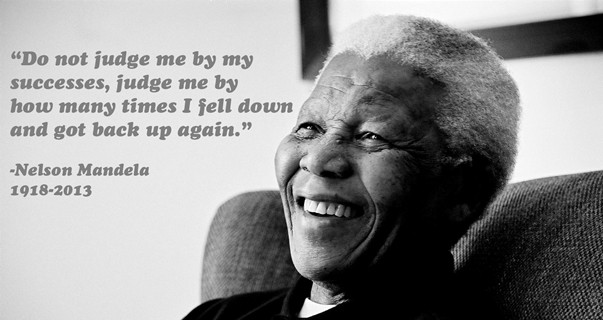 How Winning is Done

(This is a copy of a Facebook post I wrote a few nights ago when I was semi-drunk. After reflection I stand by what semi-drunk me said.)

I was reading this article. They say that Millennials are going to be “the next great generation”. They are wrong. It’s not going to be just anyone born after 1980; it’s going to primarily be the ones who have military service & actually took something away from it.

A lot of my age peers tend to fucking disgust me. They were raised in an apple pie life that promised if they just graduate high school and get a degree in something they will go on to live a rock star life, and when it doesn’t happen they can’t figure out what to do next so they blame everyone else but themselves. They cling to the idea Wal-Mart or McDonalds is at fault for their shitty situation and not themselves deciding to make an unskilled labor position their career, because it was easier to have the comfort of a paycheck than to face the reality of a competitive job market where you might need to live on 10 cent ramen noodle packages and travel to a new city where you don’t know anyone.

They make piss poor decisions in their lives, like having children before they have the means to provide for them or getting themselves addicted to drugs, and then refuse to take personal responsibility to pull themselves out of it. They expected the suite life and can’t adapt to the cold harsh truth that the world is what you make of it.

I know firsthand you don’t magically get where you want to be just because you want it; When I got out of the Army in 2005 I was told repeatedly I had no applicable skills for the civilian sector. The unemployment office would only direct me to private security jobs. When I chose to study film I had to fight with dozens of VA counselors trying to get the VA to let me use my educational benefits to enroll. Those counselors were convinced I’d never be able to find a job in the film industry because it was “statistically unlikely”. I finally got fed up with the VA and actually had to take out a student loan for my first two semesters, which took me two years to pay off. And I’ve struggled with health problems that made it impossible to maintain a normal occupation and had to learn to cope with it as my body has gradually gotten better-ish over the past decade. Yes, I’ve been homeless a few times in my life. Yes, I’ve had my car repossessed before. Yes, I’ve had to eat at food banks and soup kitchens. I know EXACTLY what the struggle is of someone who tries to go against the grain to change your stars and create your own opportunities. I know it wholly and completely, and I’m never going to forget the physical and emotional impact the lifestyle had on me.

But what I went through is not unusual. It’s actually the precise way it works.

Some of you may idolize folks like Steve Jobs, Walt Disney, Barry Diller or Steven Spielberg. Some of you may have the ambition to become legendary like they are. What you don’t hear about genius is that nothing in this world can take the place of persistence. Talent will not: there is nothing more common than unsuccessful men with talent. Genius will not make you legendary either; unrewarded genius is a tired tale. Your education will not guarantee you a place among their ranks: this world is full of educated derelicts.

Persistence and determination alone are what create greatness.

I’ve read a lot of biographies over the years, and everyone from Abe Lincoln to Walt Disney, to Bruce Lee has had to go through the exact same shit to change their stars. Nothing is handed to you on a silver platter, you have to make your own luck. It might take months but it usually takes years. You get the rug pulled out from you a few times. It sucks completely, but that’s the road you have to go down. You are not the only person in the world, and you have to compete in the rat race. You don’t get to win all the time, and you only win when you play the game better than everyone else.

I say this knowing 100% the road for me isn’t anywhere near over yet. I’ve had a big victory right now, but I’m not even at the half-way point. There’s going to be more rug pulling and catastrophe in my future. I fully expect it to happen and I expect it to turn out to be okay. Because that’s life. There is no happily ever after moment where life is just cake and blowjobs for the rest of your days. Life is a boxing match and if you can’t roll with the punches or pull yourself back from the brink of passing out, you’re never going to endure long enough to win. It’s never about how hard you hit, but instead how hard you can get hit and keep going.

I don’t think a lot of my age group peers understand that. They get hit and they sit down. Then they bitch that life isn’t fair and nothing they can do will ever make their life better, unless someone else gives them permission for it to be better.

Not every soldier learns the same experience from the military. I’ve been to the VA; I know a lot of folks get out and forget the sheer amount of insane awesomeness they accomplished while in the military, and let the civilian world drain them of their core values. But I think there is enough ex-military out there building businesses and creating new opportunities that we will see a second “greatest generation” come about, but it’ll be that 1% of the population who had prior military service. Because we’re the ones most able to endure the punches without needing anyone to force us to do it.

I don’t expect the majority of my age group peers to amount to much. I think if anything a lot of them will frustrate the efforts of people like me to make society better, because they lack the ability to recognize good opportunities. If the path hasn’t been laid out for them by someone else they don’t know what the fuck to do, so they look gift horses in the mouth until the window closes. There isn’t anything to be done about it. One of the things you will never have full control over is how people decide to behave. You only have control over how you decide to respond; and that, really, is what makes all the difference.

When Walt Disney had Oswald the Lucky Rabbit stolen from him by Charles Mintz, he told Mintz he could have the rabbit because he was sick of looking at him anyway. Then Walt made Mickey Mouse & revolutionized the industry by creating the first synchronized sound cartoon. Mintz thought he’d beaten Walt but he lost the fight because he wasn’t playing the same game Walt was.

Likewise, when Bruce Lee had the show ‘Kung Fu’ stolen from him he didn’t sit around crying about it. He moved to Hong Kong and became the world’s greatest action movie star; so great that Hollywood started chasing him for a change.

Winners don’t wallow in self-pity when they fail. They get back up and try again until they get it right. That’s how winning is done.

You can do anything you want to do in this world. The thing people often miss is the greater the thing you want to achieve, the more work you have to put in to make it possible. If your dream is big, you’ll have to be willing to suffer big to make it come true.

I can’t relate to people who think their end all, be all exists in a tiny town in a tiny state where the opportunities for their dream to come true do not exist. Unless you are Native American you have an ancestor who picked up & moved from an entire country to get to the States. Probably with nothing but the shirt on his / her back. Yet managed to endure & make it in a world a lot harsher than the one we live in today. No one has to bind themselves to live anywhere. No one has to work anywhere they don’t want to. Decide to have a better life, and then stick to it until you make it. The biggest challenge isn’t living the life, but deciding to commit to the path and seeing it through to the end.