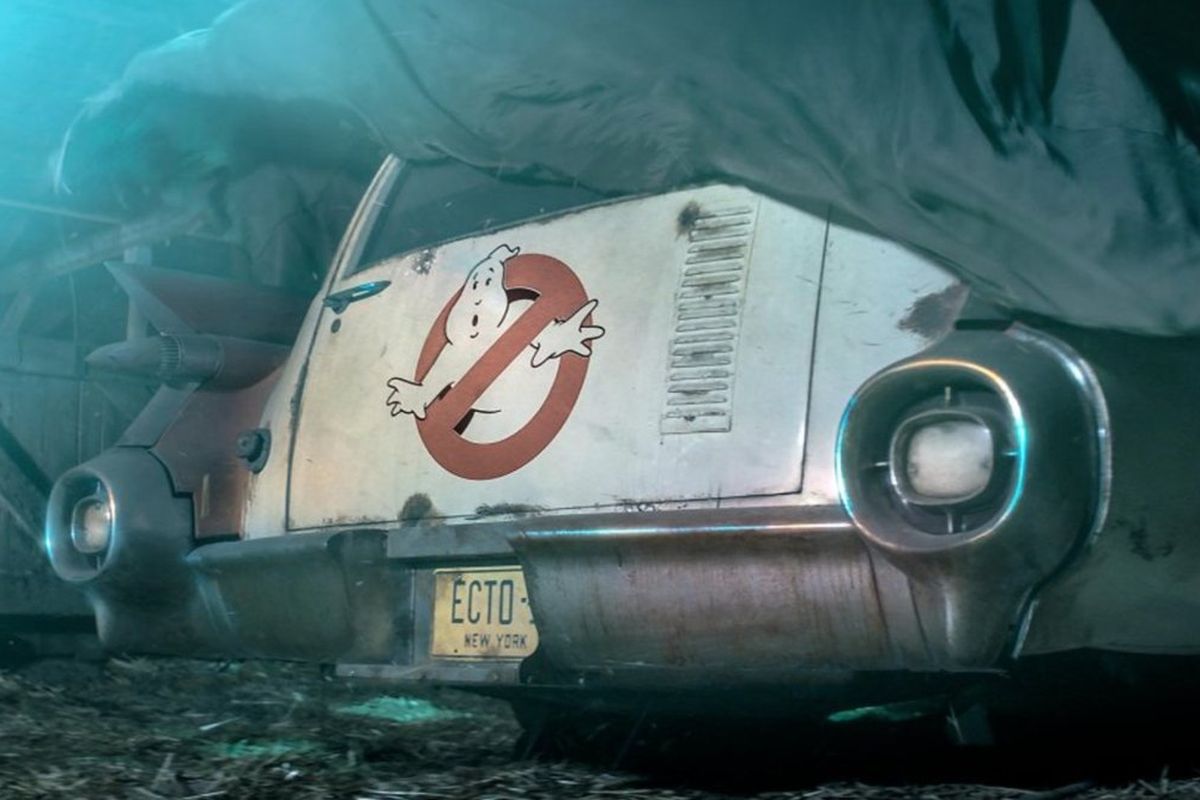 Everyone has heard that the Ghostbusters franchise has a new film coming next year which is titled at the moment as ‘Ghostbusters 2020’. There hasn’t been many official details released about it but from what I have read, it sounds promising.

In the past I have been extremely critical of Sony’s handling of the Ghostbusters franchise. I wrote two blog articles about the attempted 2016 reboot film; the first article correctly predicted the movie would bomb.

I really want to stress this; I predicted the movie would bomb.

My 2nd article did a deep dive into the reasons why the movie bombed. I still stand behind what I wrote because while the articles were controversial at the time I wrote them, the market’s reaction to the film has proven me to be correct.

I need to stress that I was correct because no other analyst at the time thought the film would come close to bombing. Sony sure as hell didn’t. The prediction I made and the underlying reasons behind why I made it seem to still not be fully understood by many marketers, which is why several other so-called “woke” reboots or re-branding of various properties are still being made and ultimately failing in the market………

So, now a new movie is heading our way and despite not having much info about what it entails, there has been enough info released that I think the film at least sounds to me like it will succeed in the market.

Contents hide
1 Why I think Ghostbusters 2020 Will Succeed
1.1 Related posts:

Why I think Ghostbusters 2020 Will Succeed

From my understanding the story will focus on a new group of Ghostbusters who are children, a group of boys and a girl.

This makes total and complete sense to me, for multiple reasons.

First of all, Strangers Things is probably one of the most successful properties in horror right now and while it has several adult characters (including the talents of Wynona Ryder) the storyline primarily centers around its youthful cast. We’ve also had the success of the It remake, which also centered around a group of children fighting against a terrifying monster. While these properties are mature rated I am not at all surprised at the success of these properties. The stories appeal to children because these are not merely horror properties; they are coming of age stories. Coming of age stories primarily appeal to youth. Parents are taking their kids to see the It movies and letting them watch Stranger Things, too. That’s why Halloween stores this year had costumes featuring Stranger Things and It for youth. Kids are consuming these stories. I went to Universal Horror Nights last year and this year; both times I saw a lot of kids in the lines who were at around 8 or 9 years old at least. Content ratings aside, a lot of kids like horror properties and a lot of parents allow their kids to watch them, too. They are part of the market. Kids always have been.

I think one of the reasons for this is because of the subject matter; fighting ghosts and monsters. Children are the primary consumers of material related to the supernatural; ghost stories and so on. This is because children believe in these things and are greatly concerned with the possibility of monsters living in their closets or old houses being haunted. The Ghostbusters are super heroes who combat these scary forces and this is why the franchise is so appealing to kids.

There was another horror property in the 80’s that was popular among kids; The Monster Squad which was about a group of kids who fought monsters. It may not have had the success in the box office that Ghostbusters did, and consequently didn’t get the cartoons and merchandise, but my generation watched the film on HBO and had our parents buy the VHS, which we watched over and over again. The film is now regarded as a ‘cult classic’ but this is honestly an understatement; if you were a kid in the 80s and 90s who liked Ghostbusters you probably also loved The Monster Squad. This wasn’t a coincidence.

If the new 2020 film shows a group of kids fighting ghosts with proton packs I think that will be extremely appealing to kids. That’s one of the main demographics for Ghostbusters anyway. The thing is though, parents have to take their kids to see it in the box office and have to be willing to buy the merchandise for their kids. It’s no mistake that GB: Answer the Call merchandise sells poorly and classic GB merchandise sells off the shelves. So only a GB film that honors the brand values is going to be embraced by the market. A film with kid Ghostbusters is tapping into that nostalgia we adults have now about us running around pretending to be Ghostbusters. So I suspect we’ll all take our kids to go see the new movie if that is what it is about.

If you’re confused on why I think it’s not a big deal that the film concept is based around a young female protagonist then I think you may have misunderstood my criticism of the prior film. Though I suppose it is possible that someone reading my prior articles may think I have a problem with female Ghostbusters, or a new Ghostbuster team. This is actually not true; in fact in an older blog article of mine I presented what I thought a good new GB film might look like, and this project included a female Ghostbuster. It also started the movie with a group of kids who were part of the ‘Junior Ghostbuster Fan club’. I’d also mentioned in my prior articles that, based on Facebook Audience Insights analytics of the gender ratio of Ghostbuster fans, a 3:1 ratio of male and female Ghostbusters makes sense.

The problem with the reboot attempt (in addition to being a reboot, which the market never actually asked for) is that it didn’t stay true to the brand values of what Ghostbusters is. It became a vehicle for its creators to push a controversial political social agenda and become disconnected from what values the Ghostbuster brand actually stands for. IF anything one can argue the reboot was specifically intended to be the “anti-Ghostbusters” movie and that is why it failed. For the same reasons it would be stupid to make a misogynist Ghostbuster movie that crapped on women it was foolish to make a misandrist Ghostbuster movie that crapped on men. There was no reason to do that; Ghostbusters isn’t about gender identity politics and radical feminism, it’s about ghost busting.

Ghostbusters 2020’s trailer told me that at least the person who directed the trailer understood what Ghostbusters was about, and hearing that the film was built around the idea of a young kid with an old worn down particle thrower makes me believe the film is going to stay true to the idea of what Ghostbusters’ values are. So I am very hopeful that they get the story and marketing right this time.