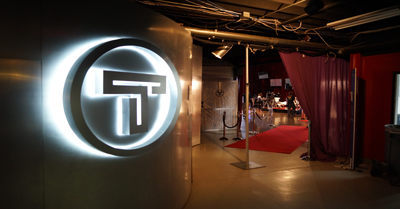 Why Thunder TV Is Important

Note: I no longer work at Thunder Studios having exited the company. This article is an archive of my thoughts while serving as Vice President of Thunder TV.

We tend to focus too much on the technology and the business of entertainment, and we often forget that film-making – even in the online video world — is an art. Art is about expressing ideas and communicating values.  Art connects people through these ideas, and ideas are powerful because they transcend ourselves. Not with all the guns and bombs in the world can you ever kill an idea. Ideas exist forever in the hearts of those who hold onto them. And when you can communicate a powerful idea to millions of people that adds light to even the darkest of their days; that is noble. That is what television is really about.

If you search your soul honestly, you’ll find that the reason your favorite shows are so important to you is because the ideas they communicated to you made you feel connected to something when you otherwise were not.

Television is vitally important to modern human society. We don’t have nightly campfire sessions anymore, where the village gathered to share news and stories with the rest of the tribe. We are hard-wired to share information as a group in order to survive, but today we share ideas mostly to improve ourselves. Story-tellers are those chieftains of society responsible for passing down the values most important to a culture, so that they are not forgotten or lost, but instead live on in future generations. Our predecessors in the entertainment business understood this, and considered television to be a form of public service to their local communities. But things like distance and geographical borders don’t impede us anymore; today we can broadcast a signal to any part of the world. We as a species are connected in a way that never before has ever been possible, and the sharing of those stories which hold the spirit of our age has rapidly re-defined what social values humans around the world hold in common. It is binding mankind together as one single tribe.

A lot of these stories are told by people who call themselves YouTube creators. It’s our job to empower them to tell the stories they couldn’t tell before. Some stories can’t be told with just a webcam in your bedroom; they have to be crafted a certain way. These stories take longer to be told, or have many complicated ideas to express, and that necessities the right production values to ensure the audience stays engaged long enough to hear the full tale. And we have to run under the assumption it is important for these tales to be told, because the story-tellers of today are the ones – the only ones – who can share the zeitgeist of our age to the next generation, so that they will be better than we are.