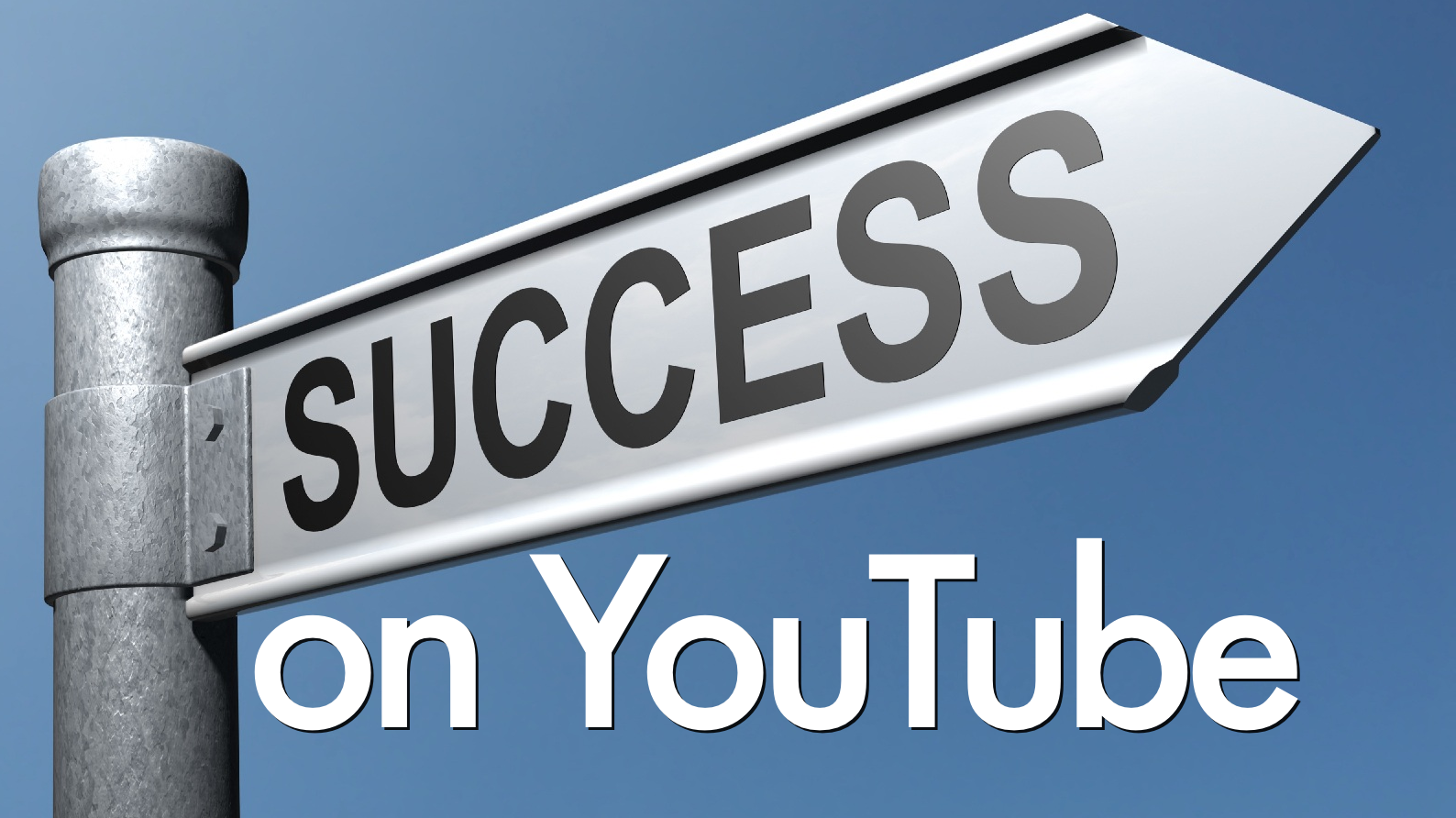 The Secret to being a Successful YouTuber

Note: This is an older article. I sold my MCN Power Up TV to Thunder Studios in January 2015. I now work as a consultant. Consider hiring me!

Contents hide
1 The Most Important Thing for YouTubers to Know
1.1 Related posts:

The Most Important Thing for YouTubers to Know

Let me level with you for a moment. What I’m going to say is the most important thing for ALL YouTubers to hear, and it is the secret to becoming successful on the platform.

The secret is simple: Know what your “job” as a YouTuber is.

When you know what your job is you will stop doing unproductive things that waste your time and prevent you from being successful. Your mindset will be focused only on success.

And here is the next thing to know,

Making videos is NOT your job.

If you want to make money producing videos, go onto eLance and offer your services to produce commercials for other people. Commercial work is the only way to directly make money producing videos. If this is what you want to do, stop making YouTube videos and instead form your own video production company to produce commercials for ad agencies and local businesses. Here’s a link to my $2.99 book on how to do this.

But if you want to make money with a YouTube channel, keep reading! I will tell you exactly how that works!

The business of YouTube is NOT producing videos. It’s advertising.

Don’t enable ads on any of your videos. Tell me how much money you make from people watching your videos.

Actually I won’t wait for you. I’ve been at this since YouTube launched as a platform, way back in 2005. I am 100% correct about this matter and if you want to be successful, you will take everything I am saying to heart so you can benefit from my enormous amount of experience making money with my channels.

There are many folks who have reached out to me to work as a consultant for them, but when I tell them they need to focus more on advertising, marketing, and sponsorships — the stuff that makes all the money for your channel — they tell me things like “I don’t want to sell out” or “my audience will get turned off“.

All they really want to do is screw around with their camera, produce an original screenplay they wrote, or get someone to watch their let’s play videos.

If you think like that, I am going to be blunt:

If you are worried about audiences hating you because you’re a “Sell Out“, you are not a professional.

If you think like that, you are a hobbyist who is trying to make videos because you are compensating for inadequacies in your life. You want to be loved and appreciated more than you want to build a business.

If that is the case, I can’t help you.

Your job as a YouTuber is to produce videos that will be suitable for brands to advertise their products and services on.

That is the only way you will make money.

You build an audience so you can market to them.

Advertising has been the business of TV since the first TV show aired.

Oh, you think you’re going to sell your content directly to audiences?

No one is going to pay a monthly subscription to watch your web series unless you cast A-list talent like Tom Cruise in it.

No one is going to pay to watch your film on YouTube unless you cast A-list talent like Tom Cruise in it.

This is the harsh reality of the web video market. If you put your show of unknown actors behind a pay-wall, and in that 1 in a million chance that your videos actually do become popular, someone else will just download your videos and throw them on Bittorrent “as a fan for other fans“. You will go broke because you don’t have things like ticket sales and premium advertiser upfronts like major film and TV studios do.

When I was the CEO of Power Up TV and later the VP of Thunder TV, my job was to help my Partners be successful and make money with their videos. My advice is real.

I cannot help you if you do not listen to me.

I can show you the path to success but you must be willing to walk down it yourself.

If you follow my advice in the articles on my blog (or that in my book, The Lean Channel: YouTube for Entrepreneurs) , You WILL build an audience and you WILL make money.

If you don’t follow my advice, you might build an audience but you will NOT make much money. This will be because you built an un-monetizable audience who won’t respond to integrated advertising, and who will use ad-blocking software every time they watch your videos.

What is an un-monetizable audience?

reddit is one of the most popular websites on the internet, but it’s one of the least profitable. The site actually loses money every day and is kept afloat with investor money.

The problem is that reddit’s founders valued building a huge audience over building a sustainable business. They implemented policies like “no self-promotion” and having an army of volunteer mods do the bulk of the community building work. How they were going to make money was an after-thought, and this is a problem because reddit requires a team of developers to maintain it and the bandwidth costs are very expensive.

Because reddit cultivated a community of people who hate advertising, reddit has not been able to deliver good results for companies who buy ads on the platform. Advertisers end up getting anonymous trolls — some of whom may be hired by competitors — to downvote and post misleading comments on the paid ads. This turns off most advertisers because they don’t want to pay for bad service. They expect to buy an ad for, say $500 and get back $1,250 in sales. reddit cannot deliver on this, and so the site is financially unstable and this may actually lead to it shutting down in the next few years when investors finally stop giving them money hoping reddit can be sold to someone else for a big pay day.

YOU need to understand that “being loved” is not your job as a YouTuber. Your job is to build an audience that will respond to advertisers, so you can re-invest into making more videos *AND* pay your own bills and buy food, send your kids to college someday, etc.

Some of the most popular YouTubers do not actually make a lot of money on YouTube itself. Instead their day job is to produce commercials for other companies and then plug those commercials on Twitter, Facebook and their e-mailing lists. The most successful YouTubers pre-sell sponsored ads in all their videos for tens of thousands of dollars per video.

You absolutely do need audiences to love your videos, and possibly even you. Oprah and Stephen Colbert are examples of hosts who command large, intensely passionate audiences that deeply love them but they are also monetized audiences; both Oprah and Colbert frequently promote books on their shows, which results in those books selling so many copies they become best-sellers. You are pretty much guaranteed to become a best selling author if either of these celebrities mention your book to their audiences. That’s powerful, and it means publishers are willing to spend a lot of money to get the books on the shows, because the audiences are valuable.

So I stress again, the only audience that matters to your success are the folks like this:

They are the segment of your audience who enables you to make a living doing your show. You need to make sure from day one that you are engaging with this segment as much as you can, and producing a show that they want to watch.

You need to grow an audience who is not only okay with ads, but might actually share those ads with other people. Does that sound weird? Remember, music and game trailers are ads; some of the most popular content on YouTube are ads.

It is a misconception that people hate ads; the truth is certain types of people don’t like certain types of ads. Many people like ads for products they are interested in, which is why the operation of the entire YouTube website is successfully funded entirely by ads.

To avoid making the same mistake as reddit, when producing your videos don’t do things like criticize other YouTubers for having advertiser sponsorship deals, or make statements about how you hate certain types of companies that may someday want to advertise on your channel. If you do things like this you will build an audience who will turn on you when you do start trying to monetize through sponsorships.

The people who make the most money on YouTube are gamers and beauty gurus. This is because they build audiences interested in the consumer products featured in the videos.  There are other niches which can be profitable too, and you can make money doing original web series if you focus on integrated brand sponsorships (i.e. featuring brand name clothing and food in your show so the audience can read the labels).

There are also merchandising opportunities for you, beyond the stereotypical t-shirts and hats many YouTubers make.

There are many great examples of merchandising in TV shows and films. One of my favorite examples is the TalkBoy from Home Alone 2. This was originally just a non-working prop in the film but based on overwhelming interest from kids who watched the movie in theaters, Tiger Electronics bought the license to make a real one from the film-makers and launched the product in time for the VHS home release of Home Alone 2. It was one of the best selling toys that year.

Once you understand this truth about your job as a YouTuber you will stop your unproductive habits.

What you will do is follow the productive habits that will bring you success.

By the way: if you’re looking for more information on how to be successful on YouTube, considering purchasing my other book, The Lean Channel: YouTube for Entrepreneurs

You can order the book off Amazon, as a Kindle eBook or the more traditional print version.