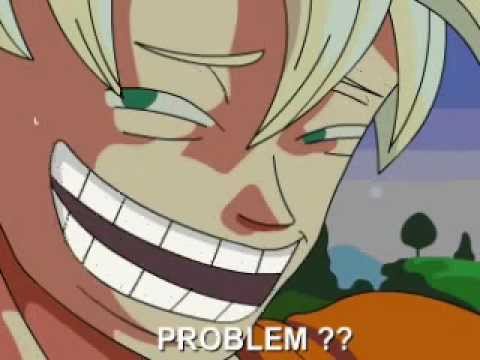 As a mild-web celebrity (If there was a D list for YouTubers, I guess I’d be on it) I get a lot of trolling. I sometimes reply to it, I sometimes ignore it. But now I think I’ll just write an FAQ and continually update it. This is a time saving life-hack; just make an FAQ filled with my pre-recorded responses to my trolls.

Any time one of these trolls reaches out I’ll just forward them to this article.

This was part of a larger exchange but it’s really the heart of what the entire rant was about, so I’ll break it down into these FAQs:

Contents hide
1 Q1. Why’d you name your company after yourself?
2 Q2. People dislike your YouTube videos. You “accost” people in your comments. You suck at marketing / branding/ whatever.
3 Q3: Aren’t you too arrogant to lead a startup?
4 Q4: Your videos suck! I disagree with you! I can make better videos!
5 Related posts:

Q1. Why’d you name your company after yourself?

A1. I didn’t, which is why the company isn’t named ‘Carey Martell Broadcasting Systems, Inc.‘.

I named the company after my grandparents, who passed down the family name of ‘Martell‘ to me.

My parents divorced when I was young, and my brother Curtis and I were raised primarily by our grandparents. My grandparents gave up their retirement years to raise us on their farm in Newberg, Oregon and my deepest regret in life is that I was unable to show them their sacrifices were not in vain during their own lifetimes. They were incredibly lovely people who possessed endless amounts of kindness, and I’m not just saying that because of rose-colored glasses; anyone who knew them had nothing but the best to say about them. Beyond that, my grandparents have a personal story of overcoming immense hardships and in my darkest hours I am continually inspired by their lives.

One of my bucket list goals is to become successful enough that the rest of the world will know who they were through my own success.

I originally started Martell Brothers Studios when my grandmother died, and my grandfather passed the next year. Curtis has since moved on to focus on his military career in the Marines, but I have kept holding the torch and moving forward. The company was reincorporated as Martell Broadcasting Systems, Inc. this year to better reflect what it is we do now.

To be perfectly honest, the criticism about using my last name as the company name is pretty stupid. There are thousands of huge companies named after their founders.  When I named our app ‘Martell TV‘ it was pretty much an after-thought; I thought much more about the product and how it would work than I did what I’d call it.

I did do some research into various other names for the app, but all of them had their domain names taken, and I needed to call the product something  for an upcoming presentation so I just tagged it with ‘Martell TV‘ and called it a day.  When you get down to it, what it is called doesn’t matter; people will use it for the shows they can watch in it, not because they particularly love the app itself. I mean honestly, I still think Twitter is a stupid sounding name but that hasn’t stopped me from using it.

I also believe that companies named after their founders (and still operated by their founders) send a clear message as to whom the buck stops at. I have a personal responsibility to hold myself and the company accountable for what happens. Mistakes will happen — have happened — and I cannot neglect responsibility to fix these things at the soonest I can.

I started the company, I’ve put in the majority of the work, I’ve sacrificed the most to create growth and no matter what happens in the future I will always be held responsible for what this company does. I have the right to name it whatever I want to.

All of that said, I cannot deny that this company and what I intend to do with it reflects my personal values as the founder. But that is how all companies work. The founders shape the culture and set the mission statement. If investors are skittish about it then that is on them; if anything it tells me their goal is to invest into startups that can be quickly flipped to other companies and they don’t truly care about building a company that will last. And that is fine with me, because our goals won’t align.

To be perfectly honest, I don’t understand the problem — most of the world’s most successful companies share the last name of their founders (Ford, McDonalds, Disney, Time-Warner, Dell, etc etc) and I don’t have anymore time to waste addressing this relatively silly issue.

Q2. People dislike your YouTube videos. You “accost” people in your comments. You suck at marketing / branding/ whatever.

A2. Justin Bieber’s music videos regularly receive more dislikes than likes. I’m sure he’s crying in his mansion about it, surrounded by all his millions.

This is the kind of thing I put up with every day.

Honestly, this is the stupid thing I’ve ever heard. If I sucked at branding I wouldn’t even be on a troll’s radar. I’ve got an entire article talking about the motivations of YouTube trolls here.

Besides, the truth is you cannot make everyone happy, and you shouldn’t even try to. The only folks that matter are the ones who support you. Those are the people you can keep happy. There is a core group of people surrounding me and who I regularly talk to, and even if I’m not as social with them as I want to be, I definitely appreciate them. When my company is successful to the point we can do major events you better believe they will all have guaranteed access to chill with me in my moments of triumph. This list includes not just friends and family, but also people who only know me through my show or YouTube network.

I personally read everything that is sent to me, and I have tried to be like Walt Disney and remember them all.

My goal in life is to be successful with the things I want to build and achieve, not to make everyone like me. If anything, I’m a genuine person for not faking a smile and being real with people.

To be perfectly honest, I think many people appreciate ‘realness’. There are folks like The Amazing Atheist who command large audiences despite possessing pretty abrasive personalities. You even have major celebrities like Penn & Teller cursing people out regularly on their TV show. That’s part of their brand, and many people love it.

I am an opinionated person and I really don’t have the energy to be fake. There are plenty of people I can passionately disagree with and not go crazy on them. The notion you need to appeal to everyone is just misguided and wrong. I have no desire to have a fake brand I continually have to uphold.

Besides, these are the kind of exchanges you are trying to single out to make me seem like a bad guy.

If you seriously think I’m the one at fault you’ve got some screws loose, and have no business calling anyone anti-social.

Here’s another recent troll rant I’ve had to read filled with Anti-semitism. Lovely.

These are the type of people down-voting my videos. They are angry crazy people with internet access and a keyboard.

I don’t care if they don’t like me, and neither should you.

As for a video when a project failed that “berated” my subscribers, I honestly don’t know what you’re talking about. Maybe this? It’s really not aimed at my subscribers though.

(By the way, the above video was made with actual quotes from people who have trolled me over the years)

Q3: Aren’t you too arrogant to lead a startup?

A3: You have to be a little arrogant to think you can change the world.

To be more thorough I have a YouTube channel with a subscriber base and my videos are regularly watched by tens of thousands of folks every month. Do you even have a channel?

The fact of the matter is without an investment I’ve grown my YouTube network to nearly 1,000 Partners, 152 million views and over 1 million subscribers combined. The fact is I have over 3,000 professional contacts on LinkedIn throughout the web TV and gaming industry. The fact is I was offered to sell the company last week and said no and am now trying to get them to do an investment, and several other MCNs are trying to decide how they want to work with me.

If you think I’m arrogant, that’s great. I don’t care. But my achievements are indisputable facts you can’t avoid. This company will be successful because I will make it successful. End of.

Q4: Your videos suck! I disagree with you! I can make better videos!

A4: Nothing is stopping you from making your own videos. Good luck with your channel. It’s a rough market these days and you genuinely deserve any success you have with it, and even if I wholly disagree with you I hope many of the articles I’ve written on this blog serve as a guide on how to build a channel, like this one.