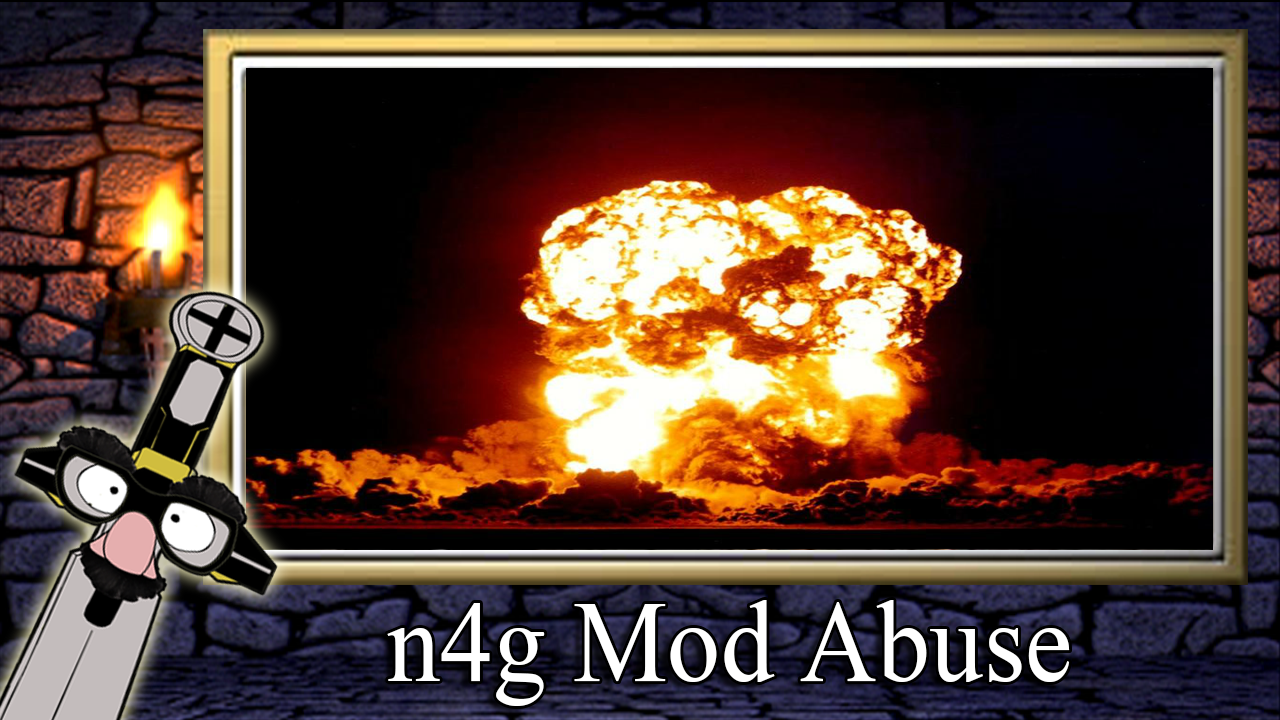 Contents hide
1 I’m an artist just like anyone else, so why am I persecuted just because my paintbrush is Final Cut Pro and After Effects, and my canvas is YouTube?
2 What I believe is actually going on:
3 Why does any of this matter?
3.1 Related posts:

I’m an artist just like anyone else, so why am I persecuted just because my paintbrush is Final Cut Pro and After Effects, and my canvas is YouTube?

In the past I’ve written about mod abuse at gaming sites that claim to be “social news” (those that allow users to submit info) before on my YouTube marketing blog, but now I’m adding a video detailing my recent clash with two N4G mods.

Before watching this video, I just want to say this: I have an insanely strong sense of justice which causes me to clash with those who don’t. Especially when it is about something that directly impacts my daily life. Because I’m a professional online video creator who doesn’t have a huge network promoting his channel, being able to share my YouTube videos into communities is of critical importance.

It’s ridiculously difficult to build an audience on YouTube using third party websites like reddit and N4G, and I’ve just reached the end of my rope dealing with people that honestly aren’t any more qualified to be moderators than I am.

Anyway, I produced a news video as part of my channel’s RPG Report segment and then went to submit it to N4G. Seems simple enough, right?

To express just how absurd the whole situation is, I made this video using screen capture software to guide you through how far down the rabbit hole this goes.

And here are some screenshots of additional conversations taking place in the hours after I created this video:

The worst part of this? Selective enforcement of the made-up rules.

This girl posted her YouTube video at the same time I did, and her submission wasn’t auto failed by any of the mods.

They are so adamantly opposed to my submission on the basis that its a YouTube video, but it’s perfectly okay for someone else to do it?

And you CAN’T suggest her video slipped through their radar. I let the mod know about her video and he said it was perfectly okay.

Yeah, that’s right: Lt. Skittles once again auto-failed my post submission before anyone could vote on it.

It was at this time I looked directly below my rejected post and saw this,

Of course, because my post was submitted six hours ago it is like 50 something pages in the back.

At this point any hope I have of the N4G community seeing my video is gone. It’s buried under a mountain of stuff that didn’t get any votes in the past six hours.

It’s hard to be respectful when a simple act of submitting a link to a website takes six hours and a lot of back and forth just to get someone to watch the video. Or to get told you aren’t considered an “industry professional” despite the years of work you’ve put into the industry.

And this mod comes across to me like the N4G community is like some kind of cult; like it’s the norm for mods to beat you down into submission and convert you to their way of thinking.

And this is where the story ends, because I’ve wasted enough time on N4G. Their mods don’t respect the users and invent esoteric rules that aren’t mentioned on the website rules section but everyone is expected to psychically know them. His statements demonstrate just how much they only care about their own clique.

What I believe is actually going on:

I wish I knew. I’d like to think there is some amount of favoritism, but the truth is I don’t have the time or energy to analyze the failed submissions versus the approved to find where all the dots connect.

What I do know is no social news website should be operating this way.

Why does any of this matter?

Simple. In order to get your YouTube videos discovered you need to build lots of awareness.

Because the ad revenue generated per monetized video view doesn’t earn enough money to justify traditional forms of marketing (like pay per click ads) you need to share your video on websites like reddit and N4G that accept submissions. This is just a fact of life.

But when the mods block people from doing so for reasons that seem designed purely to discourage you, it makes it nearly impossible for creators to get discovered by audiences. And you can’t say video creators are any less entitled to show their work than people who submit re-hashed memes, knitted dolls of game characters or hand-forged swords. It takes a huge amount of time and creative ability to produce high-quality videos. I’m an artist just like anyone else, so why am I persecuted just because my paintbrush is Final Cut Pro and After Effects, and my canvas is YouTube?

You also can’t expect videos on YouTube to be magically discovered; anyone who has built a large audience has leveraged sites like N4G and reddit to find viewers. The problem is, in recent years the volunteer mods of these sites have hampered down on it, and basically fight anyone who exists outside the established cliches they belong to.

This is exactly why I made the Kickstarter for my own gaming social news site, rpgfanatic.net  The system is designed to not require any moderators (certainly not volunteer moderators) using gamification.

I can’t control how others run their websites, but I can choose to make a better alternative.

I hope the project gets funded so I can finally get the site in the state it’s needed to be in for the past two years. It’s been sitting half-finished for much too long. Martell TV is my focus right now, but I really believe a site like rpgfanatic.net is desperately needed in the gaming community, and the success of the site could inspire other websites to change their ways.