Bank of America, you have inconvenienced me for the last time.

Bank of America, eventually your people are going to wonder why you lost me as a customer.

This is the reason.

I need a bank who will honor their own checks. Bank of America clearly has a policy to not do so if they can find some trivial reason to not pay, even if it’s due to a mistake they caused in the first place. 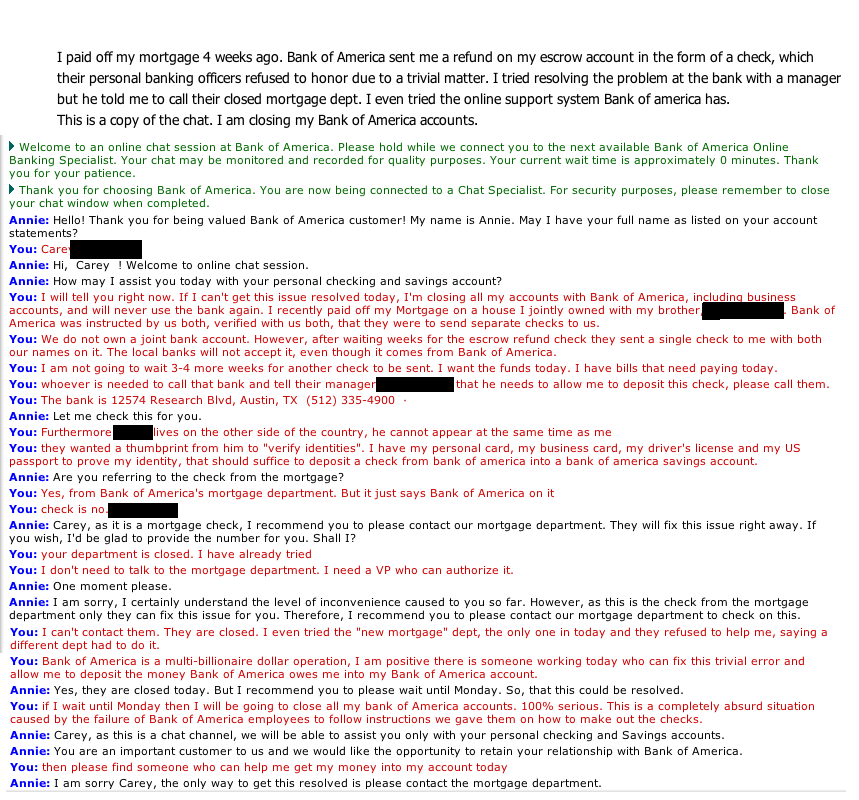 I’d also like a bank who doesn’t close their “existing mortgage loan departments” on Sat but will keep their “new mortgage loans” dept open, but it’s not “allowed” to deal with anything related to existing loans.

This is really the last straw with Bank of America. I considered changing from them years ago when they cut their operating hours, but now I’m positive they will cause me nothing but more problems down the road.

PS: I was able to take this check into a USAA bank and deposit it without any problems whatsoever. Granted, I had to drive all the way into San Antonio to deposit it. Which was not convenient, and did nothing but affirm my desire to never do business with Bank of America again.