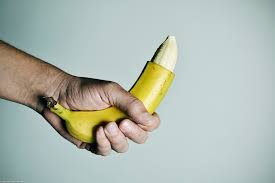 Why Is Male Circumcision So Popular in the USA? The Answer

What follows is a copy of my heavily cited and upvoted post on the r/AskHistorians subreddit, which I have since been banned from for protesting the claim that the Ottoman Empire was a continuation of the Roman Empire. I am making a backup of the post here on my blog, as I do not know if it will continue to remain on the subreddit, as it has become a place over-ran with social justice activists who engage in historical denialism and re-invention to serve social justice activist agendas.

I provided an accurate answer before but mods removed it because they thought it didn’t have enough information. So I will attempt to be complete as possible this time around.

Historically, male circumcision has been practiced for religious reasons, most popularly among Jews. It was exceptionally rare for Christians to practice it though.

This changed in the 1800s as a number of religious groups sprang up that sought to reinterpret Christian religious scriptures. Among these were the Revivalist movements, which gave birth to Seventh Day Adventists. Within these religious circles came a number of health reforms built largely out of interpretations of scriptures — the temperance movement is an example. Modern science as we know it today was still in its infancy, and efforts were often made by extremely religious individuals to justify religious beliefs through scientific efforts. Much of this “research” has been proven to be quackery. While this has little bearing on why circumcision is practiced today this conduct leads to why circumcision became popular so it is important to understand for context.

In 1855 English physician Jonathan Hutchinson conducted a study and published a report stating that Jews had a lower prevalence of certain venereal diseases and cited circumcision as the reason. Having been raised a Quacker Hutchinson was seeking to investigate whether circumcision aided in reducing sexual desire and lessened the need to masturbate, and discovered that circumcision had the benefit of making it more difficult for men to catch syphilis. Hutchinson became one the most important physicians in Western medicine due to his research in this and many other things, and became involved many medical societies, published volumes of medical books, founded museums and so on. He was president of the Royal College of Surgeons. He was knighted for his contributions to medicine in 1908.

To put it simply, Hutchinson was a highly influential figure in Western medicine and his research related to circumcision and the procedures effects in reducing venereal disease became well known.

There are certain individuals who like to cite Dr. John Harvey Kellogg (February 26, 1852 – December 14, 1943) as the individual who popularized circumcision as a medical practice but this is inaccurate revisionism. Kellog was an infant when Hutchinson published his research. People were largely concerned with reducing the spread of syphilis, an exceptionally painful venereal disease with no cure until Arsphenamine was invented in 1910.

Kellog’s medical education and involvement in the topic is however complicated and so requires explanation to understand why the misunderstanding exists. Kellog had been raised as a Seventh Day Adventist, one of these Revivalist groups mentioned before. His family, like many others involved, passionately believed the second coming of Christ was imminent and consequently his parents did not provide him a formal education while he grew up. He did work for a time in the printing shop of Ellen White and her husband James Springer White, the founders of the SDA church, where a young Kellog was indoctrinated with the White’s ideas related to healthly living according to the White’s interpretation of scripture. Before he was even an adult Kellog was involved in the publication of Health, or how to live and The Health Reformer. Among this was beliefs related to sex and perceived harmful effects of sex on the human body.

In his twenties the Whites decided to send Kellog and several other SDA followers to attend medical school in order to start their own hospital, the Western Health Reform Institute, which would be renamed Battle Creek Sanitarium later (its better known name). Immediately after graduating from medical school Kellog became the director of the sanitarium and used the perceived legitimacy of his medical degree to endorse all the healthy living ideas that he and the Whites already believed for religious reasons. The vegetarian beliefs led to the invention of corn flakes, and beliefs about the health improvements of sexual abstinence led to endorsement of male circumcision as a way to reduce male sexual drive. However it is important to mention that Dr. Kellog is not the one who popularized corn flakes; his brother Will Keith Kellogg did, and they had a falling out over the commercialization of corn flakes, and Will did not endorse or promote his brother’s medical practices and beliefs using the Kellog Company.

The sanitarium was popular among Seventh Day Adventists and the spiritually curious, but not widespread outside of Battle Creek. The sanitarium was expensive to attend, a kind of resort for wealthy SDA members. And with the exception of electro therapy and the vegetarian diet regimen he prescribed for his patients, none of the “medical” practices invented by Kellog carried over into mainstream practice. He endorsed all manner of quackery, including eugenics, and very little of it has been accepted by the mainstream medical community.

After Penicillin was invented and became widespread, and very accessible in Western countries with public standardized healthcare systems such as in Britain, there was a less perceived need for circumcision but it persisted in the United States. When the AIDS epidemic happened circumcision became a worldwide topic of interest again; in 1986 an association between circumcision and reduced heterosexual HIV infection rates was suggested and verified in numerous studies through the 90s and 00s.

The WHO has been actively working to convince countries with HIV / AIDS crisis to circumcise as a low cost method of reducing the chance of the infection spreading.

So the practice has persisted because there is strong evidence, conducted through multiple studies as part of the peer review process, that indicates circumcision prevents the transmission of venereal diseases including HIV.