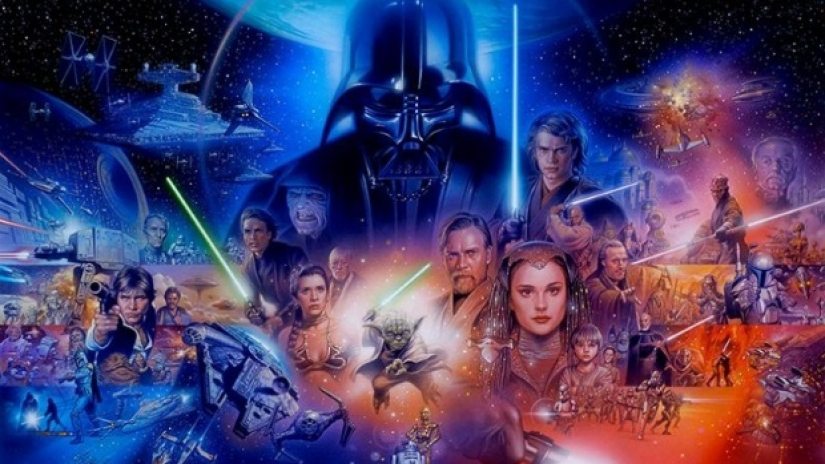 I’d previously written an article discussing mis-steps in the SW franchise in ‘Why I think Star Wars The Last Jedi Was a Bad Movie‘. This can be considered a follow up since ‘Solo‘ continues the pattern of mismanagement of the brand.

I sure hope so.

Due to PR spin focused on declaring new box office records being made every quarter, people mistakenly believe attendance at theatres is up. Attendance is actually way the fuck down. What is confusing people is inflation (the value of a dollar declining) and the ever increasing prices of tickets in response to both lowered attendance and inflation.

The studios’ PR spin departments often claim “box office records” based on arbitrary things like the record for THAT SPECIFIC WEEKEND the film opened. You have to read the articles carefully to pick it out, because too many journalists these days are all too happy to be shills for the studio’s message in order to further their own careers and connections even if it results in twisting the truth and misleading the public.

Fact is, if you adjust for inflation, most of these movies aren’t setting any records at all.

So now consider why we have lower attendance: the middle class has been eroded and lower income folks can’t afford to go to the movies to see everything that comes out. A lot of people wait to see films when they roll out on HBO or Netflix, and instead spend their money purchasing something like a video game (where the value of their money can be stretched out further in terms of hours of entertainment).

In summary, in order for the current model theatrical market to survive, there needs to be less movies released into the theatrical market, not more. And the number of films the market can handle is declining every year as the middle class continues to vanish.

In particular to SW, the MCU movies are good. Really good. They’ve earned brand loyalty from the market so Disney can pump them out now and people will show up in droves. The loyalty has been earned. On the other hand the Star Wars films, while immensely popular franchise, has lost a lot of brand loyalty with Rogue One, TLJ and other mishandling of the franchise in related media like the comics and cartoon shows which are substantially lower quality stories than the original trilogy. Disney also threw out some of the most beloved parts of the SW expanded universe and that has alienated many die-hard fans. Producing Solo isn’t helping matters, nor announcing all these spin off movies that nobody is asking for; Bobba Fett isn’t a compelling character, nor does there need to be an Obi-Wan spinoff film about him having misadventures with a young Luke on Tatooine.

Don’t confuse brand popularity with brand loyalty, they aren’t the same. Everyone loves Terminator 2 but nobody is showing up to watch Terminator movies anymore cause the brand loyalty has been eroded with a series of shit movies, TV shows and other media.

The obvious story to tell to restore brand loyalty is Darth Vader’s story between Episode III and IV, showing how Vader became the most feared guy in the galaxy. Vader is one of the most iconic movie characters in history, of equal brand recognition as Mickey Mouse, but they aren’t doing it because the folks at the helm aren’t listening to the market and what their most die-hard fans want. Instead they are trying to imitate the MCU with films focused on “heroes” and treating their characters like Captain America and Spider-Man. That’s a mistake that will erode the value of the SW brand which is largely built around an iconic villain, not the heroes.

Brands are not interchangeable. The MCU model works because it’s built upon 80 years of comic book source material and brand loyalty centered around the stories of iconic larger-than-life characters who fight bad guys to save the day. The Star Wars stories are largely centered around Darth Vader. Once you remove Vader from the equation you need an equally compelling villain like Palpatine, or Darth Bane or Malak. Without equally compelling villains the franchise loses much of its appeal. And that’s what is most wrong with the new crop of SW movies; the villains are not compelling.

Is anyone actually afraid of whiny losers like Kylo Ren or Orson Krennic? I sure am not. I feel like something vital is missing from a SW film when it doesn’t have a good central villain.

Disney should cancel all its announced MCU wannabe Star Wars movies and just make a Vader film, then build from there. That’s my advice.