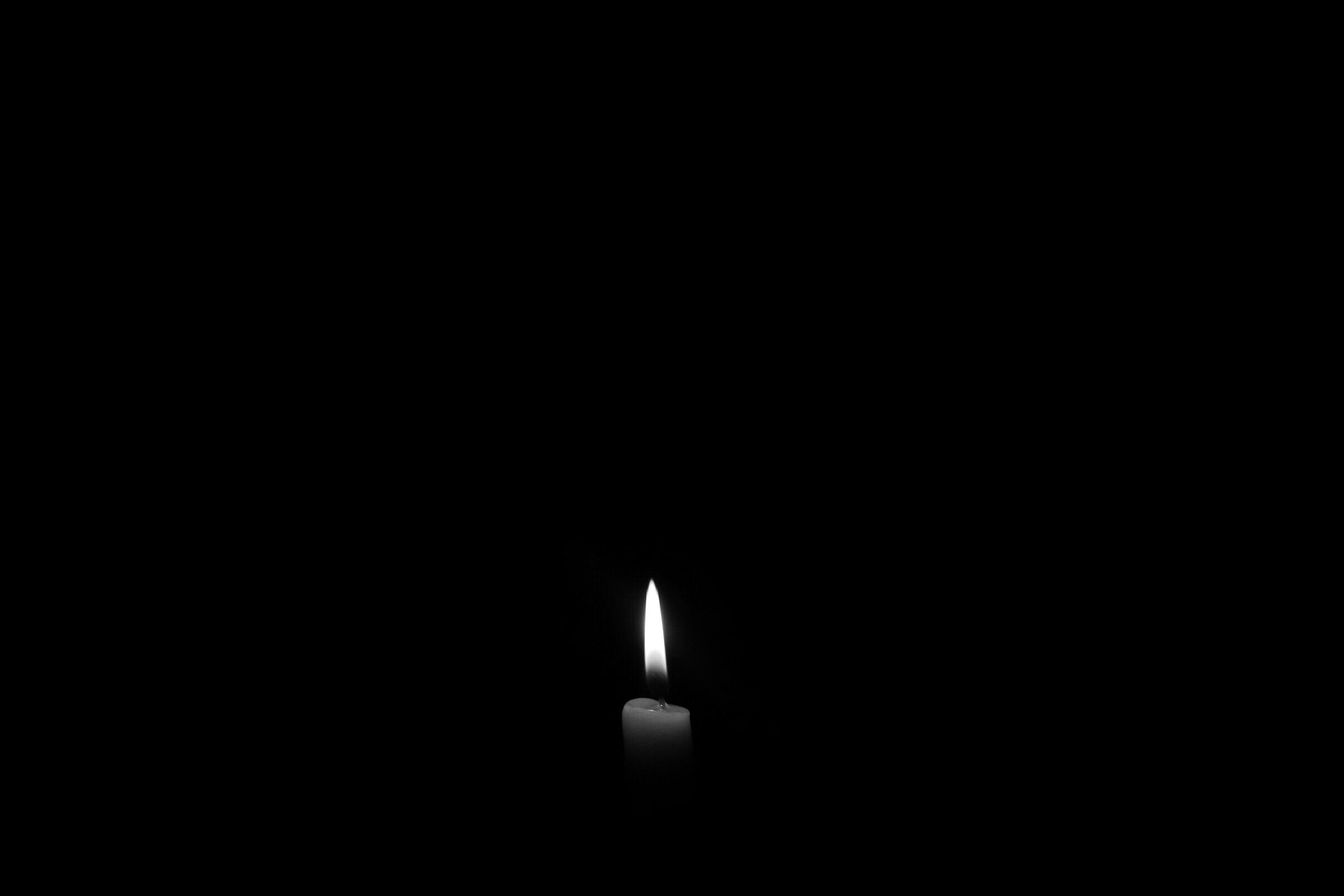 YouTube, Facebook and other platforms whose core business model is to serve programmatic ads on user-generated content are making the world a darker place to live.

There has been a lot of news headlines about a lot of scandals involving YouTube, Facebook and other platforms whose core business model is to serve programmatic ads on user-generated content. I find the entire situation greatly redeeming considering even back in 2013 I was talking about the problems with this business model. It’s one of the reasons why I started developing Zenither. Finally the rest of the industry has caught on to these problems, too.

If you aren’t caught up to speed on what I am referring to, then here’s the tl:dr version: Basically every user-generated platform (YouTube, Facebook, Twitter, reddit, etc.) has been slammed in the news as investigators at various news agencies are exposing all the illicit activity which occurs on these platforms. It isn’t hard to do because these platforms, while highly popular, have huge ethical problems which have existed since their inception.

In addition to the lack of transparency it must also be considered about what the funding of these platforms also allows. The ad revenue split with video creators doesn’t only fund the production of content, but also the communication between users — who typically organize themselves into sub-culture communities on these platforms. You have sub-reddits, Facebook Pages, Google+ Circles and so on. Even on YouTube people create a loose knit link of communities by sharing fellow group members’ channel URLs in their featured channel side panels and linking their videos on playlists embedded into YouTube channel pages.

Do User-Generated Platforms Make the World a Worse Place?

Some of these communities on user generated platforms are benign, but many of them are also very toxic. Let’s consider a recent interview with a former high ranking reddit employee, Dan McComas, titled “I Fundamentally Believe That My Time at Reddit Made the World a Worse Place“.

Reddit is the 6th most visited website in the world according to Alexa rankings, and has been as high as the 4th most visited. It’s a forum for all kinds of communities to form and communicate — and has had a large volume of scandals.

According to this interview with Dan McComas many of these scandals were a result of the executive team’s lack of focus on revenue as a key metric, and instead on creating growth (increasing membership and site usage) in the belief that growth will turn into revenue in the future. This resulted in the team not paying critical attention to what kinds of communities formed and used the site — which has included everything from militant terrorist groups to child pornography rings.

Growth is critical for any company, but I personally don’t want to look back at Zenither someday and believe our efforts have made the world a worse place. I’d like to make it a better one. There are huge issues with user generated content which can transpire if growth is focused on recklessly at the expense of other equally important things such as revenue and user experience.  While Zenither is not a user-generated content site in that Viewers cannot submit their own videos to it, we will allow the posting of various kinds of user-submitted content such as reviews, content tagging, favorite list creation, commenting and chat, fan group formations and various other ways for Viewers to engage with Publishers and other Viewers. So it’s important that we deeply consider how we implement these features.

As per law as a communication platform, Zenither and the company must be politically unbias but we still need to be ethical. We can’t allow third parties to leverage the platform to break the law in the ways which platforms like Facebook, YouTube and reddit do while justifying their decision to turn a blind eye as contributing to “growth”. The toxic communities of illicit activity on these platforms are poisonous to long term revenue. It doesn’t matter if you have a billion views a day if nobody wants their brand associated with you.

Furthermore…..sharing child abuse videos, organizing and promoting terrorist activities and advertising pyramid scheme ICOs are not a protected class of free speech; they are crimes.  There is a huge difference between discussing the merits of an idealogy, and actually committing a crime.

There Has to be Responsibility and Transparency

We as a platform with Zenither have to ensure Publishers have the tools to self-police the communities which form around their content in regards to chat, commenting and so on. And we ourselves have to validate those presenting themselves as news sources to ensure they comply with the SPJ Code of Ethics, and aren’t just some random WordPress blog falsely presenting itself as a reputable source while operated in bad faith. Yeah, that “science blog” you see in your Facebook feed making a shocking health claim is probably being ran by some teenager in Macedonia who is just publishing pure bullshit so he can get clicks to his site from Facebook to earn Google AdSense revenue from major brands. This is all possible because Facebook and Google have no effective screening process to stop it.

So we at Zenither can’t just push all the responsibility to the Publishers. As the platform developer and operator, as the content carrier building the technology and shaping how the software works, it’s also our responsibility to create a workflow that ensures this kind of activity doesn’t happen. That’s why Zenither is taking a page from Apple’s playbook and operating as a closed platform; Viewers cannot share links to third party websites within Zenither, and can only share content which is from our Publishers — who have been verified by our team as professional law abiding companies. Furthermore the brands which advertise on video content watched on Zenither have total transparency on what they are advertising on; they can watch the content for themselves before they advertise on it. The brands know where their ad will appear within the episodes, and they know what Publisher their ad money is going to. They know none of this when they purchase ads with Facebook, Google, etc. because these platforms are built to serve ads on user-generated content (of widely varying professionalism) and not on professionally produced content. So with these other current platforms not only do the advertisers not know what they are serving ads on until the ads get served, neither do the platforms. It’s a socially irresponsible model we’re not continuing.

Facebook, Google, reddit, Twitter and other kinds of platforms are, in my opinion, trying to perform an impossible task; policing the internet. This is because they are open platforms — too open, in my opinion. They allow link sharing from any domain created by anyone who can share any kind of bogus news or claim, and even when the platform’s moderators do end up realizing a certain domain URL is problematic, by the time they block it from being sharable on their platform it’s much too late because a tremendous amount of societal harm has already been done. Sure, Twitter, Facebook and Google blocked dubious cryptocurrency ICOs from being advertised on their platforms but only after millions of their users were defrauded by fraudsters like BitConnect. They continue to allow other kinds of scams to be advertised on their platforms because they never ever validate whether the advertiser or user-submitted link share is a reputable one. Funnily enough, they blocked these campaigns as a category rather than — you know — improve their ad product so that scams can’t be done with it anymore. There are legitimate crypto ICOs but because none of these platforms validate that advertisers are trustworthy they have no means by which to protect their users from bad faith actors. So banning ICOs does little to solve the core underlying problem at all, because the scammers still continue to advertise other kinds of frauds on their platforms.

If I wanted to setup a fake e-store and sell computers for a price well below market value and never ship any actual computers to customers, I could easily do that by advertising on Facebook. A lot of scammers already do. There are no effective systems in place to protect Facebook users from these type of scams because their platform is so open that all of their measures are reactionary rather than proactive.

Zenither is entirely different. We take the responsibility seriously. You can’t purchase ad inventory on Zenither unless you register an Agency account in our system, which requires filling out a legal form asking for information that allows us to ensure we’re dealing with a professional advertiser and not some random asshole with $100 in his bank account who is going to run a thousand dollars worth of ads to defraud our users and never ship anything they buy, nor pay us for the ads that ran either. Furthermore just as Advertisers can see what they are advertising on before they place their purchases, the Publishers can see who is advertising on their content and reject those bids, too. Zenither’s ad system is entirely transparent no matter which side of the glass you are looking through.

If Zenither is even half as successful as we’re aiming to make it, it will be used by millions of people as their source of news and information. We know that we need to take this responsibility more seriously than our competitors do and ensure we don’t make the world a darker place to live in by allowing the platform to become a festering ground to illicit activities. I think in the long term that is not just the best strategy for growth (having the reputation as a trusted and reliable source for entertainment, news and information) but also the morally correct thing to do.