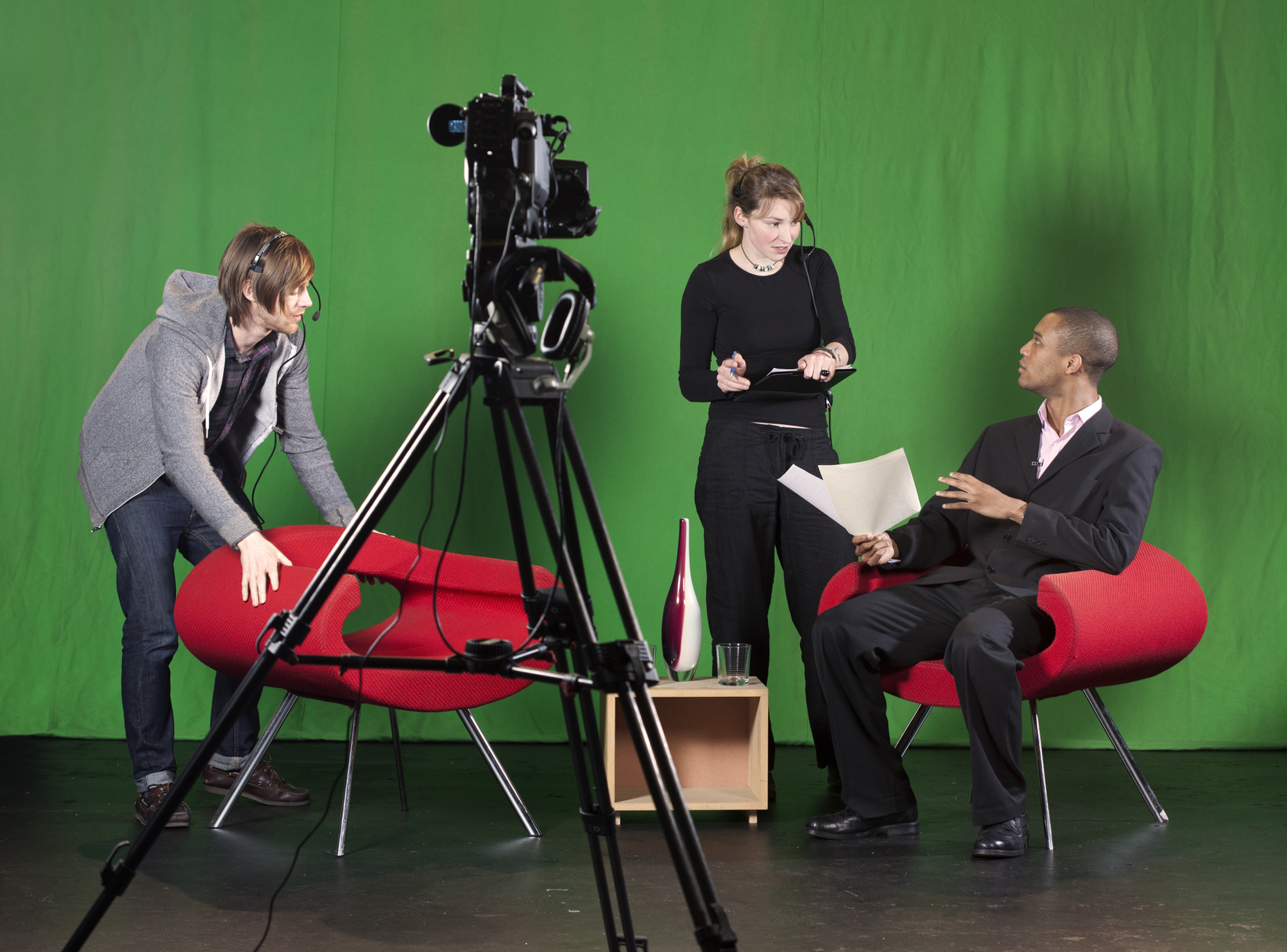 Email
Contents hide
1 Legal Disclaimer
2 About the Author
3 The Opportunity
4 Who Can Succeed with Equity Based Crowdfunding?
4.1 KEY FACTS
5 How To Structure The Deal
6 Your Pitch Campaign
7 What Does Using Wefunder Cost?
8 Conclusion
9 Related posts:

This guide is provided as-is, with no warranties. It is not legal advice.  The author does not take responsibility for anything that results from using this guide.

Carey Martell is an entertainment consultant with a long history working in the digital video industry. In 2015 he sold Power Up TV, a YouTube multi-channel network he founded, to Thunder Studios where he became a Vice President until exiting the company. He is a Scout for Wefunder, an equity based crowdfunding platform. If interested in raising capital using Wefunder feel free to contact him so that he can walk you through the application process and provide complimentary consultation for your campaign.

Over the past few years there have been several very successful film related projects that received significant funding from reward based crowdfunding platforms like Kickstarter and Indiegogo. Great examples include Veronica Mars (2014) and Rocket Jump’s Video Game High School which had three seasons of episodes funded from crowdfunding.

However, the backers of these projects on reward based crowdfunding platforms did not get to benefit financially from taking a chance on the project. They were simply consumers who funded the project in return for merchandise like t-shirts and autographed posters. The producers were unable to openly solicit investments from the general public because in the past it was illegal for film-makers to ask non-accredited investors (those who made less than $200,000 a year or did not possess a net worth of more than $1 million) for investments into private companies such as an LLC raising capital for a film project.

This has changed! The passage of the JOBS Act has made private investments into companies open to anyone. Investors whose net worth or income is below $100,000 can invest up to $2,000 or 5% of their annual income or net worth, whichever is lower. This has dramatically changed the game for startups in all types of industries, including film projects.

Both movies and web series can now be funded using equity based crowdfunding. Let’s take a short look at how this can work.

Who Can Succeed with Equity Based Crowdfunding?

So, the decision to go with equity-based crowdfunding over reward-based is largely a matter of how much money you’d like to raise for your project.

According to Kickstarter’s own stats, the average successful project on the site only raises $10,000. Contrast this to the successful campaigns on Wefunder which raise over $75,000. Furthermore with Wefunder the minimum investment amount is $100 which means you need a fewer number of backers in order to succeed with your fundraising campaign.

Best of all you don’t have to worry about the complexities of having hundreds or thousands of investors. All of the stakeholders to a Wefunder campaign are represented by a single individual appointed by Wefunder to act as their voice. It’s a great process the folks at Wefunder have developed that makes it very straight-forward to do a capital raise.

Here’s some other great facts about Wefunder:

How To Structure The Deal

There are several kinds of financial instruments which Wefunder supports, ranging from promissory notes to revenue share agreements. The Wefunder Legal Primer lays out the types of securities that can be supported by your campaign, and the instruments are just the same as you’d find raising capital the traditional way.

Legion M raised $1M for their whole film studio but there is another, possibly more convenient route for indie film-makers that are concerned about setting a valuation for their studio too early in the lifespan of their company.

For an example, let’s say that my company Martell Broadcasting Systems, Inc. wants to produce a movie called Super Awesome Fun Time. Rather than have the IP owned by MBS Inc. what I do is setup an LLC called Super Awesome Fun Time LLC. I structure the company so that a controlling share (51%) of the LLC is owned by MBS Inc. and I sell the remaining interests to investors. This might sound complicated but it is actually no more sophisticated than setting up and fundraising for any other kind of startup. This is really what you should view your film projects as; startups. You are manufacturing a product to sell on the market and raising capital in order to do so.

This is frequently how major Hollywood studios setup films for fundraising and production. As managing the taxes for hundreds of LLCs can get rather tedious and expensive,  after the film has had its first run the IP of the LLC is often folded into a holding company (also owned by the studio) that specializes in licensing of shows and movies, effectively having the holding company buy out the value of the equity of any shareholders in the film property. As the studio controls the company the decision to buy out the investors is a simple one to make and approve, and the investors are happy because they received a return on their investment.

This can all be explained to you in further detail by an entertainment lawyer, which I do recommend that film-makers at least have a consultation session with prior to submitting their Wefunder campaign to the platform.

You can also get a brief overview of some of the structure of deal crafting from this article, which is an excerpt from The Independent Filmmaker’s Law and Business Guide: Financing, Shooting, and Distributing Independent and Digital Films — a great book I do recommend you read if you are unfamiliar with the legalities behind film-making. Buy it on Amazon now.

There’s two parts to your campaign, really. The presentation of your project and the marketing of that project.

A few years ago I wrote a guest blog for ReelSEO (which is now Tubular Insights) titled ‘6 Rules for Funding Your Web Series‘. All of the information in that article still applies today as I write this so go check out that article before proceeding further.

Next, hop on over to another older article of mine, ‘How to Write a Good Pitch for a Television Show‘. This article lays out precisely what kind of information you need to present to investors in order to explain your project and entice them to want to invest into it.

Have you made a pitch deck following the advice from both of these articles? Awesome. Now you need to turn your pitch into an explainer video. There are many ways you can go about developing an explainer video, and if you’re a talented film-maker you can probably make your own in an afternoon. But you can also hire a freelance video producer to develop one, too.

I would not recommend using generic animated “whiteboard” style explainer videos for an investor presentation. There are lots of places online you can buy these for a few hundred bucks, but I would strongly recommend investing at least $1,000 to $5,000 into at least the development of crisp and professional looking motion graphics to explain the finer points of your film project. As per the law you are not allowed to explain how the investment process works in your animated explainer video; you must direct people looking for an explanation of the finer points of the deal to the Wefunder project page. This is mandatory, but it really isn’t that complicated. Making an explainer video for a Wefunder campaign is no different than you would for a Kickstarter or Indiegogo campaign.

Although Wefunder has a huge community of over 80,000 registered investors, you should not expect to get much interest from this investor pool until you’ve driven some investments from your own social following. While sharing the project on your personal Facebook and Twitter is great for alerting family and friends of the investment opportunity, what you really should do is get the followers of your talent to be made aware of the project. So just like with Kickstarter or Indiegogo campaigns you need to tap into the mailing list and social media accounts (Facebook, YouTube, Twitter, Instagram, Vine, etc) of your talent and crew in order to drive traffic  to your campaign page which should result in investments. For a film project I would anticipate the average investment to be fairly low such as $250. Factor this into your campaign! This means if you want to raise $1 million you need 4,000 people to individually put $250 into your campaign.

The general rule of email marketing is that you’ll get maybe 10% of your list to actually purchase the product and I would not expect a higher engagement ratio than this. So if you want to get 4,000 people to invest into your film you need a social reach of somewhere around 40,000 people in your mailing list.

Don’t have an email list? Can’t get your talent to post your project on their Twitter feed? This happens. Talent can sometimes be weird about sharing projects to their fans even if they have the financial incentive to do so. If this scenario applies you should expect to spend around $5,000 to $25,000 in a promoted Facebook video ad campaign to target the fans of your talent with your explainer pitch video with a link embedded back to your campaign.

(Don’t know much about Facebook ad campaigns and audience generation? Click here for a straight-forward guide I wrote on the subject).

Let me really stress this; if you do not possess the means to market your campaign to tens of thousands of people you probably will not be successful with your Wefunder campaign in regards to a film project. If you don’t have the reach right now I would strongly recommend re-casting some of your film so that your talent has a significant fanbase of value to the project and I would setup a website for your film so you can start capturing emails of folks interested in purchasing securities in the project once you launch your Wefunder campaign. Producing movies and TV shows really has less to do with having a great idea and script. It is actually all about how you market the project to investors, so if you wish to become a great producer learn to become a great marketer.

What Does Using Wefunder Cost?

Wefunder operates on a model where companies only pay for the service if their projects succeed.

Additionally, if you have a lead investor contributing at least $25,000 on the same terms as the offer, Wefunder will advance $10,000 to cover legal fees, accounting and profile creation expenses for your project needs.

Equity based crowdfunding is an enormous opportunity for film-makers with a large social reach who want to develop new projects. With Title III of the JOBS Act in full swing, there’s really no good reason to not fully utilize it.

If you are interested in getting complimentary consultation assistance with launching your campaign, feel free to directly reach out to me via my contact form. I’d be happy to answer your questions as a Wefunder Scout.