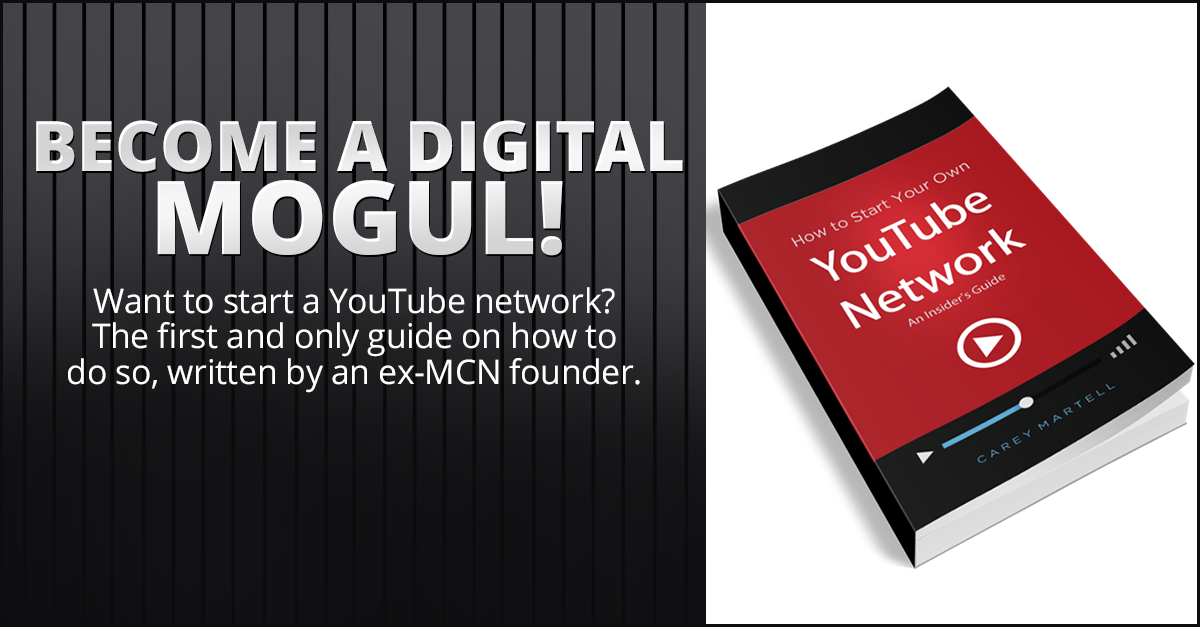 How to Start Your Own YouTube Network: An Insider’s Guide – Now Available!

As the founder of a successful YouTube multi-network (which sold last year to a film studio) I am often asked to consult for companies that want to understand how to launch their own networks. I’m generally happy to share my knowledge and assist, but sometimes people can’t afford my consultation fees. I’m reluctant to offer free advice because explaining how multi-channel networks work and how to start one from scratch is a very time consuming process, and I just don’t have that kind of free time these days.

Given this consideration I started writing a book on the subject.

I’m happy to announce ‘How to Start Your Own YouTube Network: An Insider’s Guide‘ is finished and available for purchase on Amazon. The book is available in both paperback ($29.99) and Kindle e-reader formats ($9.99).

As far as I am aware this is the only book on the subject of operating a YouTube network and it became clear to me that there is a need in the market for book that explains the business of a YouTube MCN. I think this is a book that needed to be written, and there are very few people who possess the necessary knowledge and experience to write such a book. As the founder of two YouTube MCNs I believe myself to be certainly among the candidates.

Given that I started an MCN with no outside investors, grew it to tens of millions of views and thousands of partners then sold it for over a hundred thousand times what I had invested into the business, I consider myself to be uniquely qualified to write this book in a way no one else could.

I hope people find it useful. By the way if you want to hire me as a consultant check this page out.