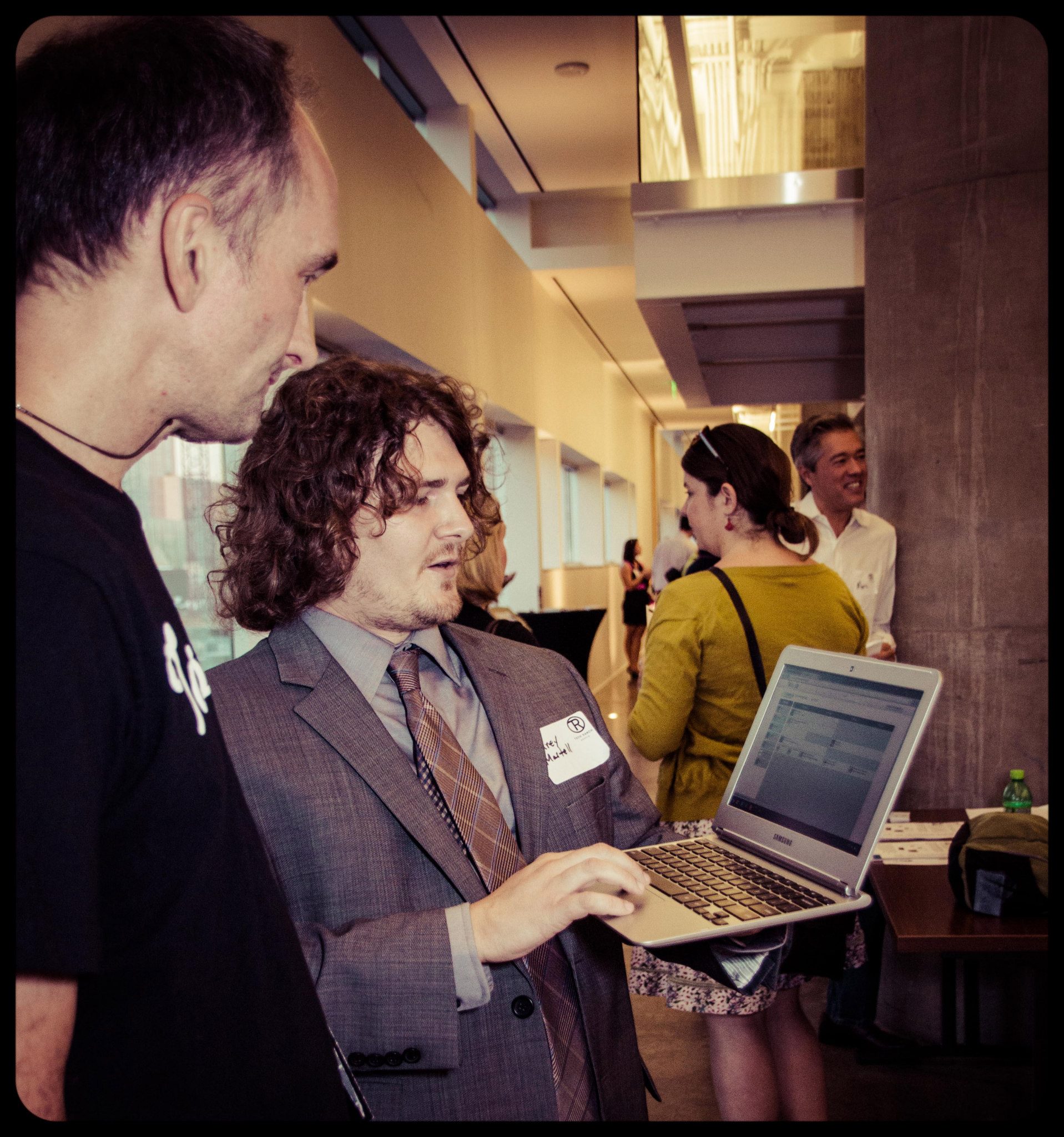 My startup has reached the point where we are making Station sales, and I think this is a good time to reflect on the things I’ve learned getting to this point. Most executives seem to talk about what went wrong after the company has ended, but I’d never heard of Sonar until I read their post-mortem. So I’m going to write a post-mortem report today, when sharing such thoughts is more valuable to myself and my readers.

Besides, it’ll be fun to analyze what I’ve learned today against what I learn tomorrow.

I now present to you the…

Pre-seed Report on What I’ve Learned as a First-time CEO:

1. Talk about the numbers more.

Today I had a prospective investor ask me if we’ve made any revenue. I’ve been in communication with her for several months, and I believe I’d mentioned in the first few meetings with her that we have revenue, but that fact hasn’t stuck with her enough for her to remember it. This is probably because I don’t mention the revenue every single time we meet, so the data never really got into her blood-stream.

Our revenue is by no means impressive, but we do have it and it is steady. An investment would allow us to scale and make more money. And yet we don’t talk enough about this subject for people to remember we aren’t just a hypothetical concept; we have revenue, and we’re looking for an investment to scale.

A reminder about the traction we have will now be part of every single discussion, not just the first one.

For most of the company’s life-time I have chased investors more than customers. This changed two months ago when the product reached the point we had something I felt comfortable trying to sell. But I now realize I could have sold the same thing months ago.

I will say that it would have been impossible to get a prototype of the app built if I hadn’t convinced my mother to lend me $10,000 to help pay for the initial software development. I’ve had no luck finding a technical co-founder who could develop an application like Martell TV just for equity alone and the promise of a six-figure salary sometime down the road. Talented developers either have their own projects they want to do, or they want to be paid for their services upfront because they understand their own value to other startups willing to give both equity and salary. Martell TV is not competitive in the Austin hiring space. I’ve been wearing the CTO hat myself while working with some developers based in the same building we are, but we have to pay them.

Still, I probably could have sold Stations back in June when the first functional version of the software was done. It wasn’t perfect, and it was missing several features we now have, but I’ve come to realization that I’m not selling a finished product. I’m selling a dream.

The revenue from sales is what is actually allowing us to get a finished product done and launched.

Investors just haven’t bitten because they are overwhelmed with choices. We’ve had a few offers, but they have amounted to null. There are too many startups in Austin and not enough investors. From my experience in the scene, the angels look at us startups more like racing horses; they bet on the ones that seem most likely to win the race based on past track records.

Given this investing culture, Martell TV is not competitive against many of the startups in Austin raising funds. We have revenue, a mostly-finished product and a good team, but there are dozens of other startups I can think of that have better traction than we do. And those are the ones getting the deals from the angel networks, because if you view investing into startups like betting at a horse track, that’s how the numbers look.

(I do want to point out that most people lose their money at horse tracks.)

It’s taking more work to find a solo angel investor than to find customers, and the reason is so obvious: the product was made to solve a problem for specific kinds of people, and those people are the ones most likely to pay for it. Investors primarily just want to make money, and they have an entire world of possible ways to do so. But people who want to create the next generation of TV Stations have much more limited options.

Our day to shine in the venture capital spotlight will come, but it’s not today. It’ll be after we launch in March.

The overwhelming majority of people I’ve hired have been a pleasure to work with. They are committed and passionate people who deliver results. But I have made several mistakes in hiring personnel, and I’ll share the lessons I’ve learned from that.

From 2011-2012, I had a CTO for Martell Brothers Studios who was a talented developer who worked remotely, but couldn’t put in the time to finish a product because of his other full-time job and family life. It took a year to get the site in a semi-functional state. It was a way to build upon my RPG Fanatic brand and allow a community to form, but it’s gone no where because the site is not completed and the code is hard for another developer to understand. I need someone to re-write the code into something more standard.

I had another individual hired to do branding and marketing operations, but it took a few months of missed calendar dates before he finally admitted he didn’t want to move from Florida to join the rest of the team, and he was too involved in other things to commit.

My best team members moved from other states to join me in Austin. They work hard and share in the risks. That’s the type of people my startup needs to thrive.

4. Don’t ask for permission to act.

For the first few months I spent a lot of time asking for the opinions of more experienced advisers, and not enough time acting on my instincts. I came to the realization that I was waiting for permission to act and not trusting myself enough. And that is the wrong path to go.

I am the CEO and leader of the organization, and I take that responsibility seriously. I betray that duty when I ask for others to make me feel comfortable with a decision.

I do strive for my company to be a transparent place where everyone is informed about the workings of the company, and for everyone to have an opportunity to voice their beliefs and concerns.

However, this does not mean my company is a democracy. It is not.

There is an analogy some leaders use about sinking ships and how it is the CEO’s job to get everyone to row in the same direction. I don’t like that analogy very well.

I believe a startup is a ship with a captain and a crew, and once the input of the crew has been given it is the captain’s job to plot a course to the desired destination and ensure the ship sails in that direction until such time it becomes clear the ship will never arrive at its destination while on that path. Then, and only then, will a new course become plotted toward that destination.

The job of a CEO is not to talk about decisions. It is to ensure that a plan is executed by the entire company that will benefit the company. When a plan seems sure to work, the time to discuss is over and the time to work begins.

And if there is a member of the company who refuses to do the role they were hired for, then it is also the CEO’s job to let that person go.

I am the first to admit that I am not the most experienced leader. My skills were learned as an enlisted soldier in the Army. I have been a squad leader, but that was a different style of leadership than what is expected in the civilian world.

There are probably better candidates to lead this company; people with more experience running startups than I. But the perfect candidate will share my vision and be as passionate about the product and the people in it as I am.  I have yet to meet that person, so until then I will do the best I can until I fully become the kind of leader I want to be.

5. Shout from the rooftops

I wasted a few months not talking about the company to people that I should have. I wanted things to be ‘perfect’. But nothing is perfect. It’s better to get something out into the world and into people’s consciousness. Every wasted second of not sharing this startup is a second that we aren’t moving forward.

It’s only by talking about Martell TV to everyone (and I do mean everyone) I’ve been able to get to this point. You can only get help when you ask for it. People who met me last year and see us today have been surprised by the progress we’ve made, and it wouldn’t have happened if I’d remained an island unto myself.

I resisted for a long time on buying a suit. I hate wearing one. I’ve always been a t-shirt and jeans kind of guy. Even in the Army I never liked wearing my Class A uniform.

But as I did a lot of pitching to folks, I discovered there are people who tune out others who don’t look a certain type. Appearance matters a lot.

Most startup folks have read the Apple Marketing Strategy memo that Mike Markkula wrote when Apple was still a startup. I actually have it tacked to my bedroom wall.

I had always thought of it as being applied to just the product, but I’ve realized it’s more than that. This philosophy has to apply to everything, and while that’s challenging to make happen in a startup strapped for cash, I coughed up the money to buy a suit.

And what do you know, some people started treating me differently. Several closed doors actually opened up. Just because I put on a suit.

I’ve learned a lot, and am indebted to the people who have taken this ride with me. Especially the community at Tech Ranch Austin who have given me lots of support and encouragement.

Now it’s time to tackle the next phase of this startup; the product launch.

I’ll do another one of these reports about what I’ve learned after March.